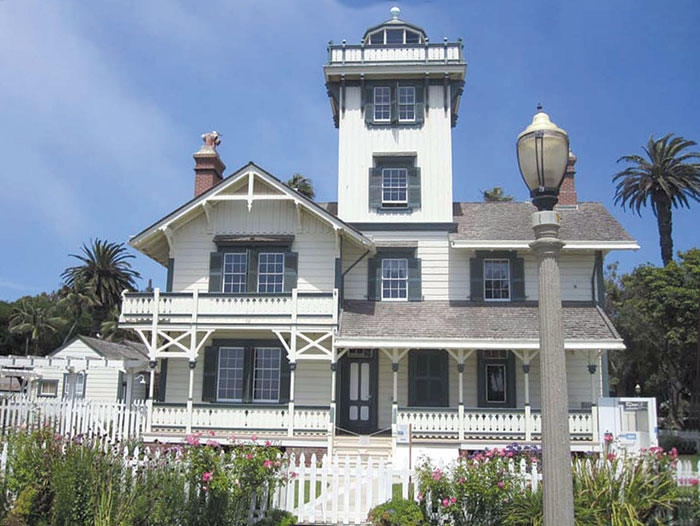 SAN PEDRO — Coast Guard officials are working to find a new owner for San Pedro’s Point Fermin Lighthouse. Letters of intent from groups interested in ownership were due July 2, with the final decision expected at the beginning of next year.

The move is part of the federal government’s effort to dispose of lighthouses across the nation that it says are no longer needed as aids to navigation because of technological advancements in vessels’ navigation electronics.

The National Historic Lighthouse Preservation Act of 2000 allowed a clear path for the federal government to relieve itself of costly lighthouse maintenance while also leaving the historic structures in the hands of capable and preservation-minded owners. The bill gives government agencies and nonprofit corporations a chance at being awarded a “free” lighthouse, as long as they maintain the property and act as lighthouse stewards.

Currently, the lighthouse is managed as a museum by the city of Los Angeles’ Department of Recreation and Parks. The department has worked with a team of volunteers on the property to run tours and maintain the lighthouse since its $2.4 million renovation and public opening in 2003.

“Our lighthouse is unique because of the combination of its wonderful history, its stick-style Victorian architecture and its beautiful surrounding gardens,” said Kristin Heather, the Point Fermin historic site curator.

Heather, a city employee, said the department has submitted its letter of intent to own the property and continue running programs at the site as it currently does.

Built in 1874, Point Fermin Lighthouse was the first navigational light on San Pedro Bay. The lighthouse’s stick-style construction was designed by Paul J. Pelz, a draftsman for the U.S. Lighthouse Board, and only three structures of similar construction remain standing.

The lighthouse remained in active use until Dec. 9, 1941, two days after the attacks on Pearl Harbor, and it was turned off during a coastal blackout, prompted by concern that the light might be used as a beacon for Japanese planes in an attack on the West Coast. The lighthouse operated as a lookout tower through the duration of the war, and the light was never turned back on.             Point Fermin Lighthouse was placed on the National Register of Historic Places in June 1972.

Since its passage 12 years ago, the National Historic Lighthouse Preservation Act has facilitated the ownership exchange of 84 lighthouses to new stewards.

The process requires three separate agencies to work together: The Coast Guard must identify which lighthouses are no longer required as aids to navigation and pass that information on to the General Services Administration, which must issue a Notice of Availability.

When letters of intent are received from prospective owners, the application process is handled by the National Parks Service, which awards the lighthouse to the organization it deems most deserving.

According to Point Fermin’s Notice of Availability, the site must be used for education, park, recreation, cultural or historic preservation purposes, with commercial activity prohibited unless approved by the Secretary of the Interior.

The 3.5-acre property includes the lighthouse tower and surrounding garden, an office and garage building, a concrete storage structure, an electronics shack, a former guest quarters structure and a non-operational light signal beacon.

Point Fermin Lighthouse is open from 1 to 4 p.m. Tuesday through Sunday, and it is closed Mondays.

Admission is free, but a donation is requested for each visitor. Children younger than 18 must be accompanied by an adult, and children smaller than 3 feet, 4 inches tall may not be admitted to the tower. For more information, call (310) 241-0684.