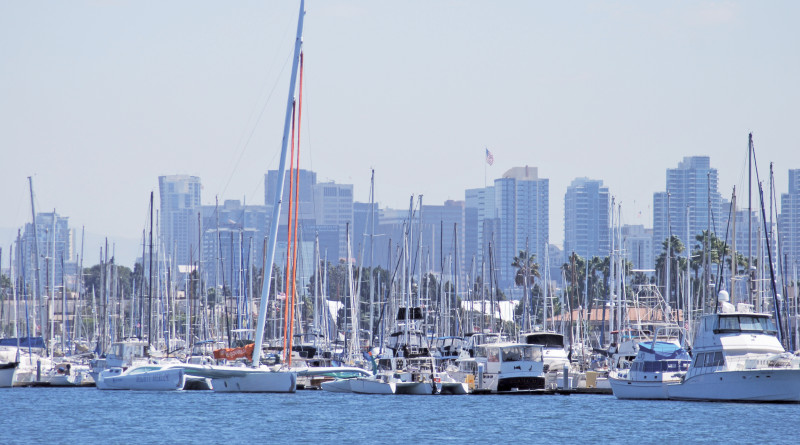 The district’s overall impact across the county is up more than 10 percent since 2011.

SAN DIEGO — More than $100 million in tax revenues and $3.3 billion in labor income were generated by the Unified Port District of San Diego’s economic activities in 2015, according to a report released by port officials in late December. The report also found the port district provided about $5.4 billion in direct economic impact and infused nearly $8.3 billion (more than 10 percent higher than 2011) into San Diego County’s overall economy.

The Port of San Diego is home to one in 30 jobs across San Diego County and responsible for about 2.5 percent of the gross regional product, according to “Economic Impacts of the San Diego Unified Port District in 2015.” Economic and Planning Systems Inc. created the economic report for the port district.

Economic and Planning Systems Inc. measured economic and job activity originating on Port of San Diego property and categorized its study into two groups: tourism and commercial activity as well as industrial and maritime commerce.

More than 30,000 jobs generated $2.7 billion in direct economic impact for the tourism and commercial sector in 2015, according to the economic analysis.

The industry and maritime sector also generated $2.7 billion in direct economic impact for the port district in 2015, albeit with almost 13,000 jobs.

“By virtue of its size and responsibility for administering the scenic, strategic, and economically crucial San Diego bayfront, the District plays an important role in the regional economy and its provision of recreational opportunities and environmental stewardship,” the Economic and Planning Systems Inc. report stated. “To balance competing demands for scarce space along the bayfront, the District must allocate its resources among commerce, industry, navigation, fisheries, tourism, environmental needs, and recreational demands, responding to changing requirements on an ongoing basis.”

The most recent report was published on Dec. 20.

*- All of San Diego County