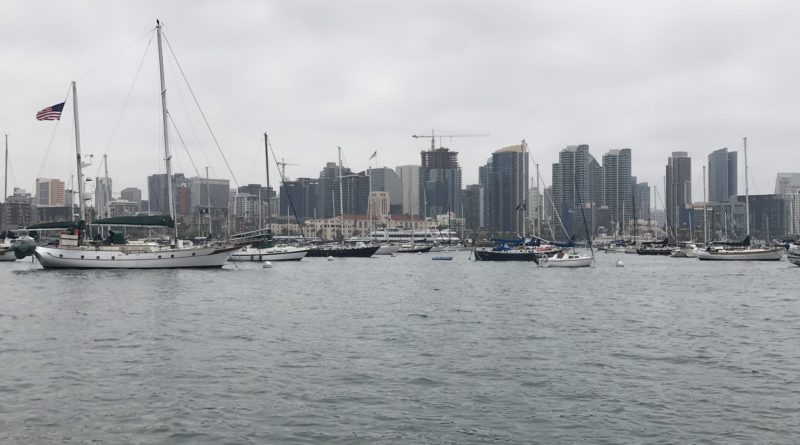 SAN DIEGO—Why limit yourself to one day when you could have an entire month of celebrating and honoring the local maritime industry? This is certainly the case in America’s Finest City, where the Port of San Diego recognizes Maritime Month each May. Maritime Month for 2019 might be in the rear-view mirror, but members of the Port of San Diego’s Maritime Stakeholder Forum made it a point to shine a light on the local bay, where anglers, boaters, cruisers, military members, shipping interests and others call home.

The port district’s celebration of Maritime Month is a month-long extension of National Maritime Day, which was celebrated on May 22.

“We highly encourage folks to learn more about maritime in our region,” Commissioner Marshall Merrifield, one of the forum’s members, said in a formal update about the committee to his colleagues during the port district’s May 14 board meeting.

Merrifield added Maritime Month helps shine the light on what is otherwise considered an “invisible industry.”

“The maritime industry is often referred to as the invisible industry, even though it surrounds each and every one of us in our day-to-day lives,” Merrifield said.

The forum also touched base on storm-water updates for marine terminals and the port district’s obligation to ensure clean water in the bay.

The three commissioners sitting on the Maritime Stakeholder Forum are Merrifield, Dan Malcolm and Rafael Castellanos.

Commission Robert Valderrama created the forum in 2017, when he was chair of the Port of San Diego’s Board of Port Commissioners.

The port district’s board also discussed the recent formation of the Blue Economy Ad Hoc Committee, which focuses on underwater aquaculture and blue technology. Committee members have yet to meet (as of the May 14 board meeting), but Castellanos acknowledged the work the port district has already done in the aquaculture space.

Castellanos, during his one-year tenure as board chairperson in 2018, made aquaculture and the Blue Economy one of his priorities.

“It is important to have some big picture strategy … so it doesn’t become a rudderless initiative,” Castellanos said of the need of the Blue Economy Ad Hoc Committee to proactively foster aquaculture opportunities.

The Port of San Diego developed a working group to address the rampant problem of illegal charters within San Diego Bay. Port district staff hinted it was close to developing a policy to address the issue.

Port of San Diego Harbor Police Chief Mark Stainbrook, at the commission’s Dec. 11, 2018 meeting, acknowledged there were delays in developing a draft policy on illegal charters, but a proposed program to address the issue was almost ready to share with the public. Coverage of the potential illegal charters policy in The Log’s Jan. 25-Feb. 7 issue stated something could be presented to the Board of Port Commissioners in March. A dedicated discussion on a draft policy for illegal charters in San Diego Bay, however, has yet to appear any of this year’s agendas, and we’re heading into June.