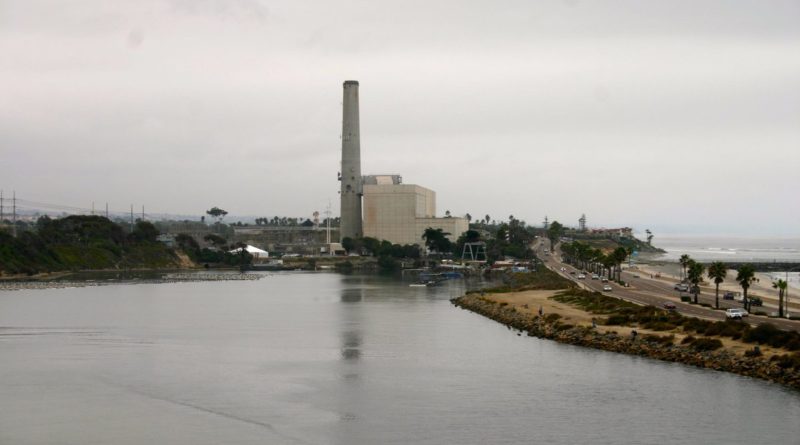 California Coastal Commission members will be discussing Poseidon Water’s mitigation obligations, which were set in place to allow the Carlsbad desalination plant to move forward, at the upcoming May meetings in Oxnard. (Sean Bothwell Twitter photo)

OXNARD—Poseidon Water might be fighting for its desalination future in Huntington Beach, but the corporation’s representatives will be in front of the California Coastal Commission for an entirely different matter on May 9: the restoration and conversion of a 90.9-acre salt pond to tidal wetlands and 34.6-acrer Otay River floodplain site in San Diego.

The restoration project is actually part of Poseidon’s mitigation obligations, which are attached to the water company’s desalination plant in Carlsbad.

The introduction of a new desalination plant on the San Diego County coast came with certain concessions. San Diego’s Otay River floodplain and Pond 15 sites could both be restored, courtesy of Poseidon. Both restoration projects are concessions for Poseidon’s Carlsbad desalination plant.

An intertidal salt marsh and upland habitat areas would also be created at Pond 15, which is part of the San Diego National Wildlife Refuge in the southern reaches of the harbor.

Construction work would not take place during nesting season, which is between Feb. 15 and Sept. 30; the mitigation process began in 2010.

Four agencies would be involved with this proposed project: the Port of San Diego, U.S. Fish and Wildlife Service, U.S. Army Corps of Engineers and State Water Resources Control Board.

Development of the 2nd and PCH project, which is adjacent to Alamitos Bay Marina in Long Beach, recently stalled after locals complained about the removal of palm trees. The complaint comes in front of the California Coastal Commission on May 8.

A set of palm trees designated for removal along a stretch of Marina Drive at Alamitos Bay Marina doubles as a nesting location for the federally protected Great Blue Herons. California’s Department of Fish and Wildlife prevent the birds or their homes from being removed or relocated.

“A public hearing with the Coastal Commission will need to take place at a later date to further decide the direction for removing – or finding another solution for – the trees,” The Log’s Devon Warren-Kachelein stated in her coverage of this matter a few weeks ago.

The Coastal Commission’s May meetings will be held May 8-10 at Oxnard City Council Chambers.