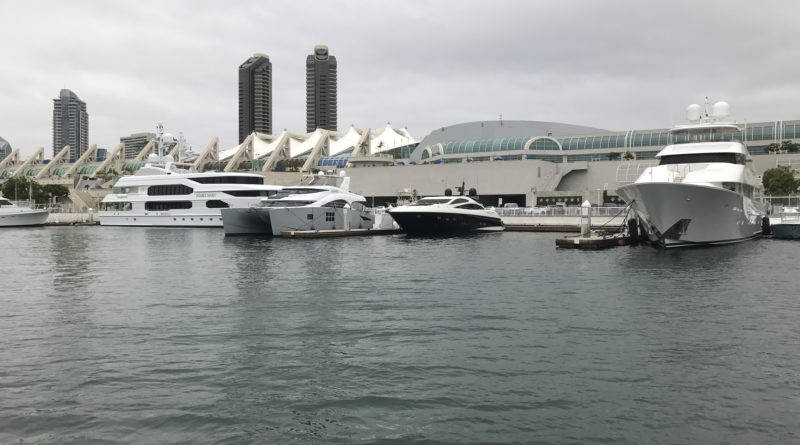 SAN DIEGO — A joint settlement to provide the city and port of San Diego with a necessary piece of land to expand the region’s largest convention center was approved, June 12. The approved deal called for Fifth Avenue Landing to relinquish the land in question and opened the door for San Diego’s Convention Center to be expanded and modernized.

Members of the San Diego City Council, in a separate action later on the same day, approved the joint settlement.

Whether the city’s Convention Center, which is adjacent to Fifth Avenue Landing’s superyacht marina and across from the Marriott Marquis Marina and Hotel, will be up to voters to decide. A proposal to raise a hotel room tax to help pay for the Convention Center expansion and modernization will be on the November 2018 ballot.

News reports indicate the hotel room tax could jump from the current 12.5 percent to as high as 15.75 percent.

Fifth Avenue Landing hoped to build a hotel on the land, which was transferred to San Diego’s city and port.

“On January 11, 2016, [Fifth Avenue Landing] submitted a project proposal consisting primarily of a hotel, a lower cost overnight accommodation and a marina expansion,” port district staff stated in a report to commissioners. “Recently, [Fifth Avenue Landing] requested that the [port] district enter into negotiations to facilitate a transaction that would give the city [of San Diego] control of the [land in question].”

The port district would make a $5 million down payment, prior to the November election, to Fifth Avenue Landing for the land transfer; city taxpayers, however, would be on the hook for that payment if the ballot initiative fails.

Both agencies agreed to pay a little more than $33 million for the land.

“This agreement is critical to the future of our San Diego economy,” Faulconer told commissioners.

Plans to expand the Convention Center, a steady parade of speakers told commissioners, would serve as an economic engine for San Diego.

“When we have international and national conventions here, the people that come to those conventions will actually get an eye on what we have on our working waterfront,” Cloward told commissioners.

The port district build and paid for the San Diego Convention Center in 1989. It hosted the Republican National Convention in 1996 and has been the home of ComicCon and other trade shows.

“The Convention Center has reached a maximum occupancy, and there is lack of available space to bring additional convention business to San Diego,” port district staff stated in a report to commissioners.