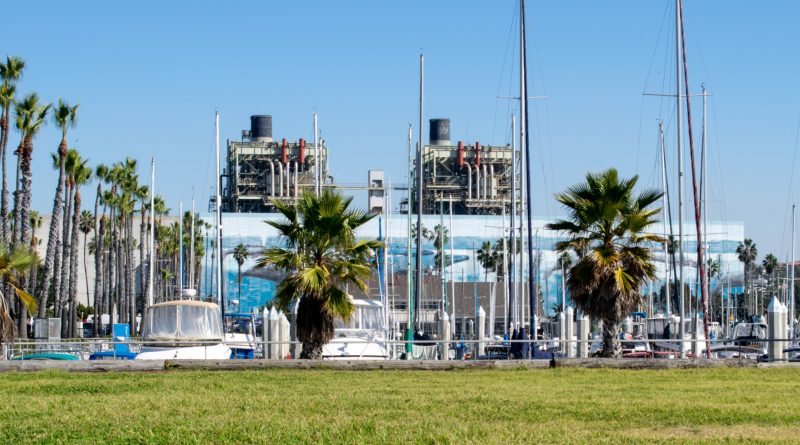 REDONDO BEACH— The AES power plant across from King Harbor in Redondo Beach may remain online for a few more years despite strong opposition from some city leaders who had hoped to purchase some of the property for a park as part of efforts to revitalize the waterfront.

The Statewide Advisory Committee on Cooling Water Intake Structures (SACCWIS) met on March 26 and recommended that the State Water Resources Control Board extend the closure deadline for the nearly 70-year-old generating station to Dec. 31, 2023. The State Water Resources Control Board is expected to consider the recommendation at an upcoming meeting.

Regulators set a deadline of Dec. 31, 2020, for the owner of AES Corp. to shutter the Redondo Beach power plant and several others along the Southern California coast as part of the 2010 Once-Through Cooling Policy, which required the eventual closure of all coastal power plants that used cooling water intake structures due to the harmful effects on marine and estuarine life. In 2020, the water board extended the deadline for the Redondo Beach AES plant to Dec. 31, 2021.

The extension came after August 2020, which was the hottest on record in the state. The August heatwave resulted in the California Independent System Operator, which oversees the operation of California’s bulk electric power system, initiating rolling blackouts to prevent widespread service interruptions.

A coalition of agencies compared the forecasted energy demand in 2022 to all of the existing energy-producing and load reduction resources and energy-producing resources expected to come online by 2022 and concluded California could once again find itself short of power.

“Even with an extension of the Redondo Beach compliance date, California may experience black-outs or brown-outs during times when electrical demand is high and imports are unreliable due to similar high demands in other states or BAAs, such as during extreme and prolonged heat waves,” said a draft report.

The report went on to say the risk would be “significantly” decreased with the availability of additional power from Redondo Beach.

“Demand is projected to be highest in September 2022 and 2023 during the 8:00 p.m. hour, with highest needs during extreme and prolonged west coast-wide heat waves induced by climate change,” stated the draft report. “Extending the compliance date for Redondo Beach would be responsive to supporting system-wide grid reliability concerns in summer 2022 and 2023 and would ensure that the 52 electrical power needs essential for the welfare of the residents of the State of California are met.”

“We’ve been promised for the last 10 years that they’re going to shut this down, let down this last year, and now again, here we go again,” Councilmember Loewenstein told the Log.

The plant has been criticized for its negative environmental impacts on marine life, emissions of nitrogen oxides and fine particulates into the air, and for its unfitting appearance in the waterfront city.

“This thing inefficient, it belts out black smoke, we don’t get any power out of it ourselves and it’s an eyesore, it’s a blight on our waterfront,” said Loewenstein.

Mayor Brand echoed those thoughts and also said AES benefits monetarily from these extensions whether they operate or not.

“These extensions are like Christmas for AES,” said Mayor Brand.

Loewenstein said it also delays their ability to deindustrialize the waterfront. In early 2016, AES placed the power plant and its 51-acre site on the commercial real estate market and closed on its sale to a private developer in April 2020. City officials hoped to purchase some of the property to create a regional park as they continue to work to redevelop the waterfront and in 2019, the city of Redondo Beach was given a $4.8 million grant for the purchase. The city had agreed in principle with the developer to buy roughly 25 acres at the rate of $2 million an acre but Mayor Brand said that offer and grant money were withdrawn.

“That was withdrawn by the California Natural Resource Agency because of these plant extensions,” said Mayor Brand.