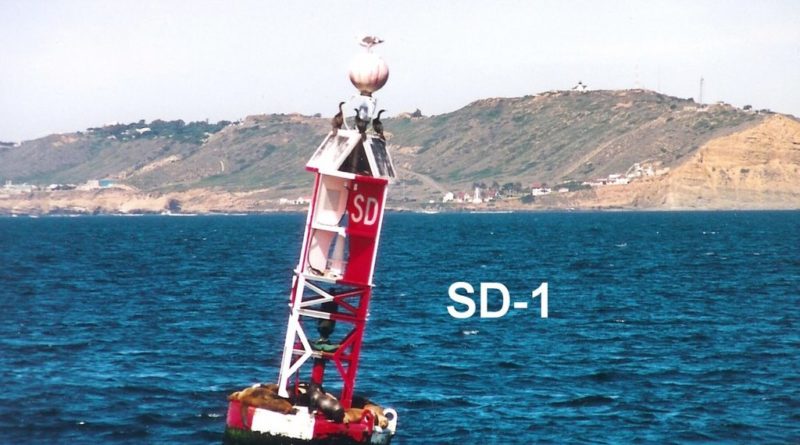 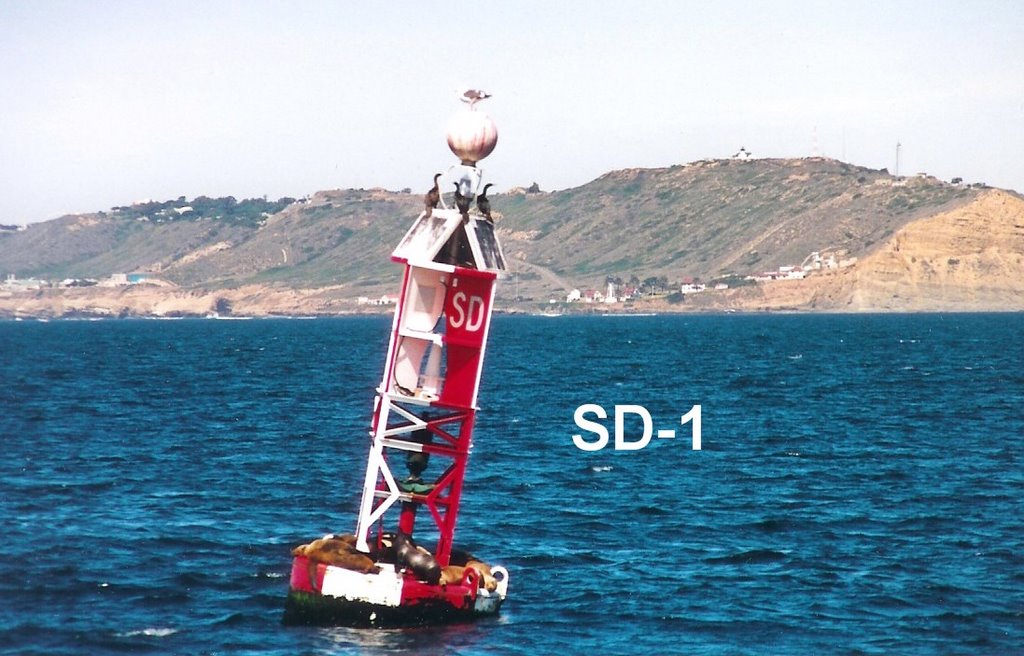 SAN DIEGO—On March 14, boaters cruising around the outskirts of San Diego Bay reported a distinguished buoy missing from the navigable waters of the Pacific.

Measuring 8 feet in diameter and 26 feet in length, the San Diego Approach Lighted Whistle buoy was nowhere to be found.

“We went ahead and investigated,” said Lt. Commander John Bannon of the Coast Guard Waterway Management Sector San Diego. “We looked at AIS track patterns to see if someone ran into it. And eventually we got our Marine Safety and Security Team who has some side scan sonar capabilities, and we were able to locate it in the general vicinity of where the buoy should have been.”

Following the intricate investigation by the Coast Guard, it was determined that the aged steel marker sank approximately 80 feet. Weighing more than 5,000 pounds, the object retained an influx of water before sinking to the ocean floor, where it currently rests on its side, according to Bannon.

“It’s one of the reasons we haven’t recovered it yet,” he said.

Excavation of the buoy, which was serviced about three weeks prior to the incident, will be placed on hold for the time being.

Bannon said a buoy tender berthed in San Francisco, named Aspen, is the only haul on the West Coast that can manage that kind of weight. He said he expects the mission to be completed in September, but noted that information regarding the buoy’s disappearance was recently posted in the Coast Guard’s Local Notice to Mariners.

The buoy, labeled as a safe water mark, was located southwest of the jetty, about three miles off the tip of Point Loma. Bannon said it was outfitted with a light, which flashed Morse alpha, and a spherical top water mark. The Coast Guard recently established an AIS signal for the buoy about three weeks after it sunk.

The signal, called a Virtual Synthetic ATON (Aids to Navigation), allows a radio relay station to send a signal to a specific area of the ocean. The signal, for the sunken buoy, was labeled and charted as “San Diego Buoy.”

However, without a proper AIS receiver, recreational boaters would not pick up the location.

“If you’re a big commercial ship waiting to meet with the pilot, you would see the signal and go to that lat and long as if there were a real buoy there,” Bannon said. “We know that people don’t navigate with their charts anymore, they’ve got their iPhone and they pull up a NOAA chart and they look at it right then and there. We’re trying to come into the 21st century.”

For now, Bannon said a reevaluation process will begin to determine if the Coast Guard deems the buoy’s use worthy of reinstallation. According to Bannon, the Coast Guard’s main concern is always safety, but the recent discontinuation of buoys in Glorietta Bay and San Clemente Island has made the agency reconsider their usefulness.

Still some boaters aren’t thrilled with even debating a possible decision.

“I think it’s a little crazy, but who am I?” said Capt. Ann Kinner, owner of Seabreeze Books and Charts in San Diego. “I’m only a boater, but it makes my head hurt to think that they may not replace some of these buoys.”

Kinner said navigation at night in the area in which the buoy sank includes a multitude of kelp beds. She added that locating the beginning of the channel can be difficult for unseasoned boaters.

“What I can tell you is a lot of those small boats out there do not have electronic navigation on board,” Kinner said. “If they have anything, it’s some sort of small plotter device. They may or may not have AIS capabilities.”

NOAA-sponsored listening sessions, titled “Future of Navigation: 21st Century Waterways,” have been held throughout the country to examine and discuss multi-federal agency initiatives to implement such technologies throughout the waterways. In Long Beach, June 17, representatives from the Coast Guard, the U.S. Army Corps of Engineers and NOAA will meet to express their needs to improve safety and efficiency at sea.

Bannon said the Coast Guard will gain feedback through public input before making a decision. He added that the agency seeks to look at ATONs at a holistic level, taking into account budgetary concerns and tax payer benefits.

“The whole idea of something that will only appear if you have AIS and electronic display is making really crazy assumptions about the boating community,” Kinner said. “I don’t understand why they think everyone’s got them. We didn’t have them until recently and we have a fairly big boat.”