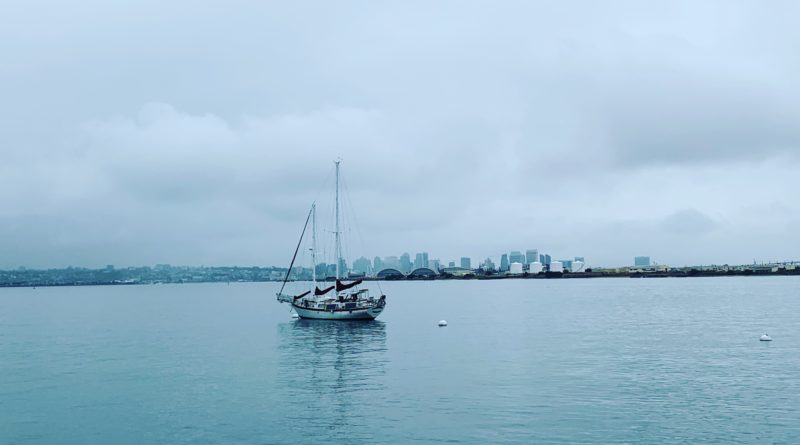 SAN DIEGO—An ordinance aiming to restrict the amount of time a vessel could anchor at the top of San Diego Bay is finally on the books – ending a multiyear campaign to regulate boating activities in a portion of the harbor controlled by City Hall.

The ordinance, which amended San Diego’s Municipal Code to restrict open-water boat anchoring near Zuniga Jetty Shoal to two hours, was officially adopted on April 23; City Council members had initially adopted the ordinance at a prior meeting. Ordinances must be approved twice in order to become valid.

Abandoned vessels have become a substantial problem at Zuniga Jetty Shoal in recent times. At least 61 vessels were abandoned in the area between November 2010 and September 2017, according to the U.S. Navy, which has a large presence in San Diego Bay.

“These abandoned vessels pose a threat to the environment,” city staff stated in a report to council members. “In some cases, there are hazardous materials on board that can spill into the ocean. The Navy shared several examples, including one vessel that broke apart and spilled 200 to 400 gallons of fuel into the water.”

Zuniga Jetty Shoal is a shallow stretch of water near the entrance of San Diego Bay and located near Coronado’s North Island Naval Base.

“This area is exposed to wind, currents and swell from the open ocean. Ocean conditions in this vicinity can be hazardous, especially during storms,” city staff stated in a report to council members. “Vessel owners or operators often anchor in the shoals and leave their vessels unattended for prolonged periods of time or altogether abandoned.

“When ocean conditions or weather become turbulent, these vessels can break free of their anchor lines and sink or become beached. Wave action causes them to break apart,” city staff continued.

San Diego County Supervisor Greg Cox stated the city policy amendment was a necessary step to address the spate of boats becoming unmoored and, in many cases, abandoned.

Matt O’Malley, the executive director and managing attorney of San Diego Coastkeeper, urged Faulconer to take action on the abandoned vessels issue at Zuniga Jetty Shoal in mid-2018. His May 22, 2018 letter specifically stated abandoned vessels are a significant source of marine debris and other hazards.

“Vessels abandoned at Zuniga pose a specific harmful coastal impact to San Diego not only from the marine debris aspect, but beached vessels are at times accompanied by fuel and other hazardous chemical spills when these boats crash on the shores,” O’Malley stated in his May 22, 2018 letter to Faulconer.

San Diego city staff, in its March 27 report to council members, acknowledged the potential environmental perils of vessels being left for dead in the bay.

“Debris from vessels that become wrecks (fiberglass, plastic, wood) end up on the beach or ocean floor. Wrecks are a significant source of marine pollution and can contain oil, fuel, grease and other motor pollutants, as well as materials that affect water quality and marine life,” city staff stated. “Toxic substances on board can also cause chemical contamination of the food chain in the area and have toxic effects on individual organisms.”

Boat owners who violate the two-hour anchoring limit policy could have their vessels impounded; the registered owner would be on the hook for impound fees, at the very least.

“If a registered owner is non-responsive or unable to be located, future costs for vessel destruction could be incurred by the city and would be funded by the General Fund,” city staff stated in a report to council members.