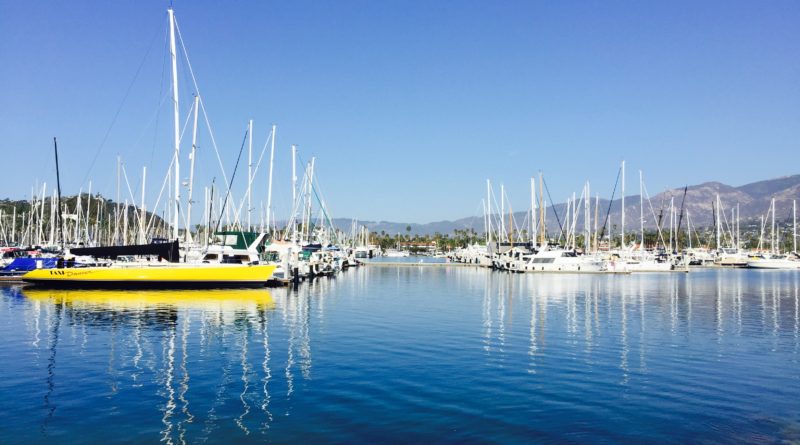 SANTA BARBARA ― The power of Mother Nature has been headlining the news lately. A sudden change in weather conditions certainly left its mark on California’s Central Coast.

The Santa Barbara Waterfront Department imparted a verbal account at the Sept. 21 Harbor Commission meeting on what occurred Labor Day weekend with the unforeseen weather over the local harbor.

The Waterfront Department also provided an overview of the new boating law going into effect next year as well as an update on the harbor patrol fleet.

People in the Santa Barbara Harbor were literally thrown off their watercrafts when rain suddenly plummeted down and strong winds blew over the waterfront.

The wind gusts of up to 80 miles per hour only lasted two minutes, according to Kronman.

The couple minutes of powerful winds “did pitch 17 people into the bay off paddleboards and out of kayaks that were swamped and overturned,” Kronman said. “But the good news is we had harbor patrol actually on scene in the middle of the harbor when the event hit. So when the blinding wind and rain ended, they were right there.”

Kronman reported all 17 people (some with bumps and bruises) were picked up and safely returned to shore. Three people were injured on the waterfront that day. A 16 year old female was seriously injured and had to be airlifted to a Los Angeles hospital.

Kronman said one of the harbor patrol boats got spun in circles, and patrol officers observed kayaks flying by at eye level. One man was reportedly hit by an airborne standup paddleboard.

“According to the weather service meteorologist, it was a downburst. But when you get a down draft like that, it tends to expand at the same time,” Kronman relayed. “It seemed like it might have some minor cyclonic activity.”

The microburst, now being referred to as a downburst, broke light posts on Stearns Wharf, knocked down trees onto parked cars in the main harbor lot as well as “bent masts, tore sails, ripped Bimini tops, ripped out shore power plugs right” and more.

“What’s really daunting in the last few weeks is seeing on the news that these winds are about one third of the winds you saw on the most recent hurricanes,” Kronman added. “It makes those events [on the East Coast] almost unimaginable.”

“For four million recreational boaters in California, we were only one of five states that didn’t have a requirement for training and certification…to operate a recreational boat on state waters.” Kronman stated.

Kronman mentioned there are still some glitches to work out on obtaining the card, but it is relatively inexpensive with the card costing $10 and a replacement card costing $5.

One harbor commissioner said he thinks “it’s a great thing that people are getting up to at least the lowest level of understanding of how to run a boat at sea amongst other boats.”

The upcoming boating regulation, however, comes with numerous exemptions such as when someone rents a boat.

Details on the new California boating law are available online at CaliforniaBoaterCard.com.

The oldest boat of the fleet, built in 1983, has been replaced with a new boat.

The new boat cost $214,000. The fiscal year budget already had $110,000 towards replacing the engines of the old boat. The additional money, to build the new boat rather than just replace the engines on the old boat, came from the vessel reserve fund and the capital improvement program.

“Don Radon, a local builder, began construction in July of 2016 and delivered the boat in March of 2017,” Treiberg said. “The boat is essentially in full service at this time.

The new addition to the fleet is a “fireboat, which is unique for such a small boat,” Treiberg added.

The waterfront department has budgeted $200,000 for the third harbor patrol boat to be repowered in the 2018 fiscal year.

“Once that’s done, we’ll be in a good position for at least the next six years,” Treiberg stated.