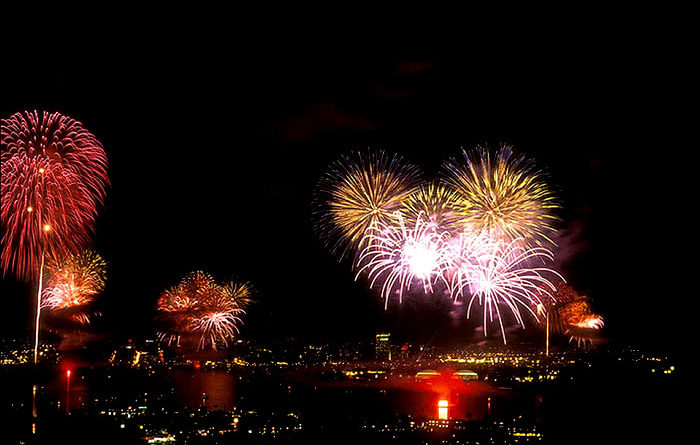 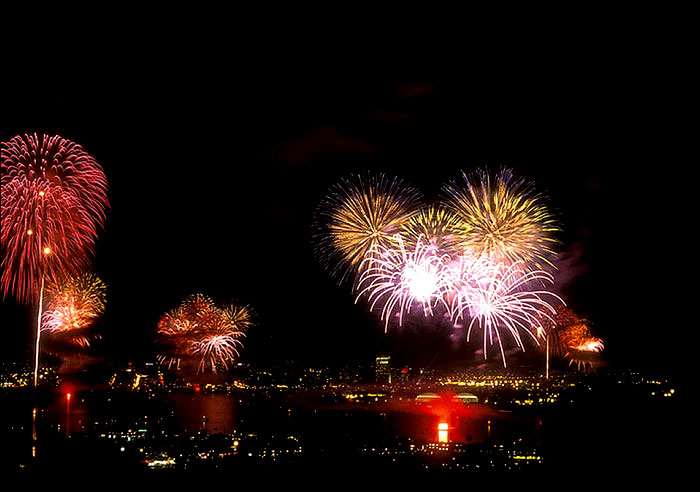 SAN DIEGO — The San Diego City Council has approved a plan to hire outside legal help to address environmental lawsuits challenging the legality of local waterfront fireworks shows — and the chances of settling the issue outside of court now appear to be slim.

At its Sept. 25 meeting, the San Diego City Council voted 6-2 in favor of hiring the firm Latham & Watkins to work on five lawsuits citing various environmental and legal issues with San Diego area fireworks shows, including the Big Bay Boom on San Diego Bay and the La Jolla Cove Fourth of July fireworks display. The contract allocates up to $250,000 that can be used to pay for outside legal counsel — half of the originally proposed $500,000.

Prior to the vote, former city council member Donna Frye spoke to the council on behalf of Marco Gonzalez — attorney for the Coastal Environmental Rights Foundation (CERF), who has filed the lawsuits against the fireworks shows — stating that if outside legal counsel was approved, Gonzalez’ settlement offer would be taken off the table.

Under the settlement plan Gonzalez laid out at the council’s Sept. 13 meeting, he would drop his five lawsuits if the money the city had allocated for outside attorney fees was instead used to pay Gonzalez’ attorney fees to date and pay for an environmental review on the impact of the La Jolla Cove Fourth of July fireworks show.

City attorney Jan Goldsmith said his staff could defend the city in the five suits without the need for outside attorneys, but it was up to the city council to decide whether the case needed “an extra set of eyes” and additional backup to review the cases and defend the city.

“The case is pretty substantial, dealing with the issues that have to do with the CEQA (California Environmental Quality Act) review process,” Goldsmith said. Goldsmith added that if the case was handled in-house, no additional funds would be needed, and the legal defense would be logged under the city attorney’s regularly budgeted workload.

After city council members David Alvarez and Todd Gloria voiced their disapproval of spending extra funds on outside attorneys, the council decided to approve half of the previously proposed amount on outside legal counsel, to move forward with a defense against the five suits.

The issue has been a source of contention between the city and Gonzalez since the issue initially flared up in 2010, when Gonzalez filed his first lawsuit against the Port of San Diego’s Big Bay Boom show and the La Jolla fireworks show.

In May 2012, Gonzalez filed his fifth lawsuit against the fireworks shows, stating that the planned fireworks display at Ellen Browning Scripps Park was approved by San Diego city officials without conducting a comprehensive environmental review under the California Environmental Quality Act.

So far, Gonzalez and CERF have been successful in litigation, with the city losing out in three recent court decisions on permit requirements for fireworks. In the cases, a California Superior Court ruled that special-use and park-use permits issued by the city of San Diego are subject to CEQA review. The implications for that ruling could mean that everything from the 25,000-participant Rock ‘n’ Roll Marathon to a group bonfire at a city park could be subject to costly and time-consuming individual environmental reviews.

According to CEQA, a Coastal Development Permit application must be submitted. Currently, fireworks organizers pay the permit application fee, and are then exempted from environmental review.

But the exemption that is currently in place requires fireworks show producers to show that no negative environmental impact will occur from the shows — a task Gonzalez said will be hard for show organizers to prove, and it is the basis for his repeated challenges.

“We’re very confident that the science supports our assertion that fireworks shows over water and sensitive areas do have an environmental impact, and therefore any city that tries to use that exemption will be potentially challenged, and an exception to the exemption raised,” Gonzalez said.

For now, the court decisions were stayed by judges, allowing the last few years’ fireworks shows to go on as planned.

At issue now is whether waterfront fireworks shows are exempt from the requirements of CEQA’s more stringent environmental reviews, and whether the show organizers will have to undertake costly studies to determine potential environmental impacts — and then put in place even more costly mitigation measures to address those impacts.

In January 2013, the court will reconsider the stays placed on the previous rulings, and whether the city will continue to be allowed to issue fireworks show permits while litigation is ongoing. The city is continuing to look at ways to adapt its municipal code to address the environmental issues of permitting fireworks shows.

“The city has committed itself to various legally unsound theories for purposes of the litigation,” Gonzalez said. “Over the next couple of months, we are going to explore various avenues, including possibly additional lawsuits, to prove just how farfetched these theories really are.”