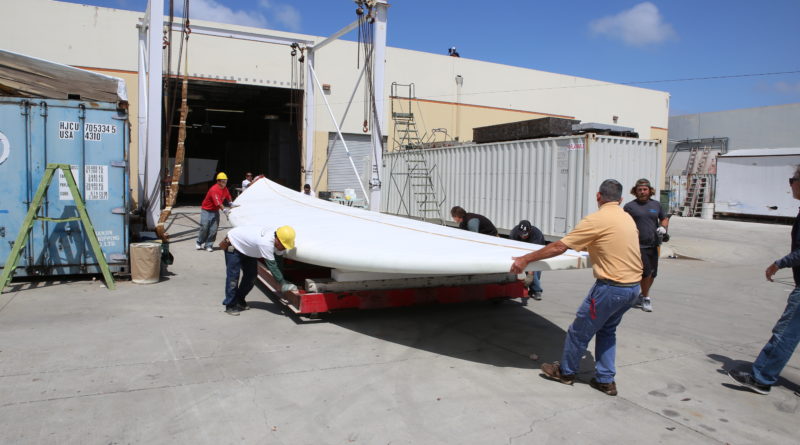 HUNTINGTON BEACH — Surf City USA will set out to shatter not one, but two world records on June 20 for the largest surfboard and most people riding a surfboard at once.

A custom-built 42-foot-long surfboard has been constructed to help the city break the Guinness World Record for world’s largest surfboard, which is currently held by Snapper Rocks, Queensland, Australia’s 39-foot-long board. Eleven feet wide and 16 inches thick, the surfboard will hold 60 people — 13 people more than the current record of 47 people on a surfboard at once. The record was set in 2005.

The design is based on Australian surfboard shaper Nev Hyman’s schematics, while Orange County boat builder Westerly Marine and Rhode Island’s mouldCAM along with local surf industry shapers collaborated to craft the massive board, according to a press release.

Visit Huntington Beach selected three surfers who participated in the “Show us your epic ride” competition held via social media.

“It’s appropriate that the world’s largest surfboard – and the record for most people surfing on that board – would reside here in Surf City USA,” said Peter “PT” Townend, first World Surfing Champion and Huntington Beach resident. “With the International Surfing Museum, the Surfing Walk of Fame and the Surfer’s Hall of Fame, along with the world’s biggest spectator surf contest, the US Open of Surfing, Huntington Beach is where surf culture happens.”

The attempt will take place from 9 a.m.-noon at the south side of the Huntington Beach Pier. For more information, visit bigboardhb.com.