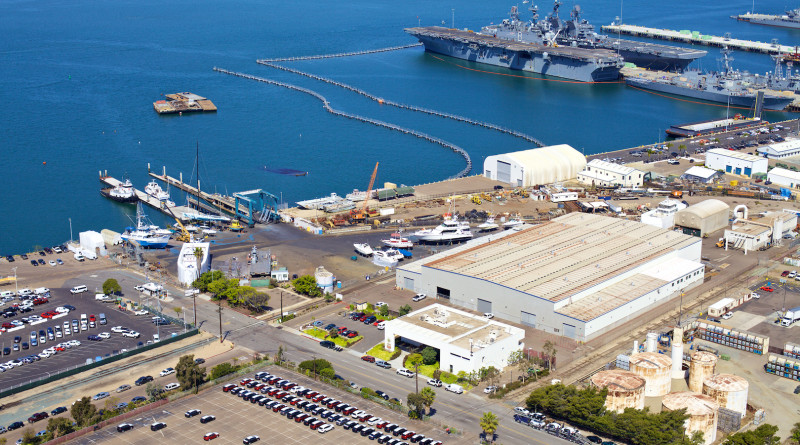 SAN DIEGO — Delays on waterfront projects at Chula Vista and Harbor Island and additional funding for addressing abandoned and impounded vessels were among the topics voted on by the Port of San Diego’s Board of Port Commissioners on Aug. 9

RIDA Development and port officials are still trying to finalize an exclusive negotiating agreement to bring a large hotel and convention center to the Chula Vista waterfront.

The port has been working with RIDA on the Chula Vista Bayfront project since October 2014.

“[Port] district staff, city staff, and RIDA are continuing to negotiate a financing plan and definitive agreements for the development of the resort hotel and convention center. As such, [port] staff is recommending the board … extend the negotiating period … to Feb. 17, 2017 … to allow staff more time to develop and negotiate the financing plan and definitive agreements.”

Earlier this year port staff hoped to have more details about the project by the board’s Aug. 9 meeting, including a cost estimate and description of plans.

Marine Group Boat Works will receive an additional $100,000 to provide impound services for vessels abandoned in or impounded from San Diego Bay.

The Board of Port Commissioners approved a resolution to amend the district’s contract with Marine Group and increase the agreement’s financial interest to $275,000; the port and Marine Group originally agreed to a $175,000 deal in November 2013.

“This amendment request is the result of a backlog of vessels to be demolished due to previous budget constraints, unanticipated numbers of vessels being impounded, and a … grant requirement,” port staff stated in a report to commissioners.

“With this amendment, $50,000 will be budgeted for storage and transport costs. The remaining $50,000 will allow for demolition of 15 to 20 vessels, and will allow other vessels to proceed through the lien sale and junk slip process,” stated port staff.

Between 30 and 50 boats, on average, are processed by the port each year. Some are returned to owners and others are sold through a lien sale. Most vessels, however, are demolished, according to port staff.

“Since 2011, there have not been funds available under the agreement to demolish on a regular basis. This has caused a backlog of vessels and we now have 100 vessels that need action to be taken, with 14 ready to be demolished at this point,” according to port staff. “Currently, the impound yard has very limited space and the district will need to perform demolition before new vessels are impounded. If the yard does not have room for new vessels, the district will have to pay for landside storage provided by Marine Group at inflated costs.”

The agreement between the port district and Marine Group expires on June 30, 2017.

A vote on which developer would enter into an exclusive negotiating agreement with the Port of San Diego to redevelop 57 acres of East Harbor Island is scheduled for Sept. 8.

In April the Board of Port Commissioners selected two finalists – Oliver McMillan Inc. and Sunroad Enterprises – to redevelop a portion of Harbor Island with a hotel project.

The project could cost between $760 million and $1.2 billion, according to Oliver McMillan.