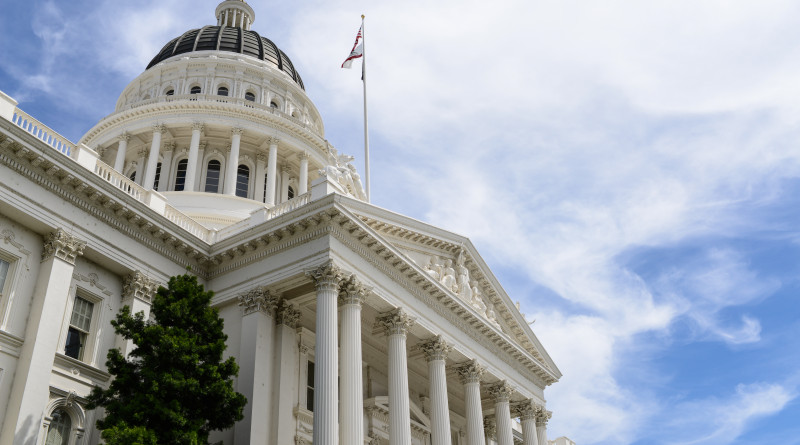 Proposed bill would continue to provide funds for harbor maintenance.

WASHINGTON, D.C. — Congress is back in session on Capitol Hill and one of the first matters of business on the docket was reauthorization of the Water Resources Development Act (WRDA) of 2016.

U.S. Senators approved the WRDA by a 94-3 vote on Sept. 15; a similar bill is circulating in the House of Representatives.

A portion of the $9 billion WRDA authorizes water resources and infrastructure, such as harbor maintenance, be maintained by the U.S. Army Corps of Engineers.

The WRDA, introduced on the Senate floor on Sept. 7, was set to expire at the end of this year and requires both legislative houses to reauthorize the act.

If ultimately signed into law the WRDA would authorize 25 Corps of Engineer projects in 17 states, according to bill’s highlights.

Two different bills were introduced to reauthorize the WRDA: H.R. 5303 (House of Representatives) and S. 2848 (Senate).

In California the WRDA would specifically address public recreation projects at Lake Tahoe, the Los Angeles River and Salton Sea.

Ecosystem restoration projects would also continue to be a priority under the WRDA.

The House version would de-authorize projects “with an aggregate estimated federal cost … of at least $5 billion” but assist state-level water conservation measures for drought emergencies and reauthorize estuary habitat restoration projects through the 2021 fiscal year.

In terms of harbor operation and maintenance H.R. 5303 would require, “utilization of priority funding for emerging harbors, an increase in funding for commercial navigation costs beginning in FY2027, and expansion of eligibility for donor port funding.”

Meanwhile S. 2848 would allow the Corps of Engineers to carry out feasibility studies in California and reauthorize the Water Desalination Act of 1996.

A main focus of S. 2848 is lead contamination in the public water drinking supply and innovative water technologies.

“The Department of Justice and the inspector general of the Environmental Protection Agency (EPA) must report on the status of any ongoing investigations into the government’s response to the drinking water contamination in Flint, Michigan,” stated a legislative summary of S. 2848. “The Safe Drinking Water Act and the Federal Water Pollution Control Act (commonly known as the Clean Water Act) are amended to set forth funding priorities and make additional subsidization available to projects that use state revolving loan funds for innovative water technologies.”

At least one recreational boating advocacy group has pushed for the WRDA to be reauthorized: National Marine Manufacturers Association (NMMA).

NMMA officials released a statement in early September advocating for WRDA’s reauthorization, stating the bill was “a major goal at the American Boating Congress and in subsequent advocacy and grassroots outreach.”

The bill is described by NMMA as “a key program for the recreational boating industry that authorizes and funds the Army Corp to make improvements and upkeeps for our nation’s waterways and harbors.”

Plans were in place for NMMA officials, in conjunction with the Congressional Boating Caucus and stakeholders, to meet with congressional members about how the WRDA affects the national recreational boating industry.

A line item of the WRDA is the Harbor Maintenance Trust Fund. The WRDA funds harbor maintenance through an ad valorem tax. Trust fund outlays are not to outpace revenues under the WRDA.

The Heritage Foundation, a conservative policy think tank in Washington, D.C., published an issue brief on the WRDA in early September and recommended the bill’s harbor maintenance tax be converted to a user fee. Such a conversion would, according to the brief, better reflect dredging and maintenance needs.

“Eliminating the ad valorem tax and moving to a user-fee model based on the cost of maintenance would provide a more economical and less distortionary method of funding,” Michael Sargent, a research associate with The Heritage Foundation’s Thomas A. Roe Institute for Economic Policy Studies, wrote in the issue brief. “The Corps likewise should phase out programs that are local in scope or improper use of federal dollars, such as beach nourishment and recreation site management activities.