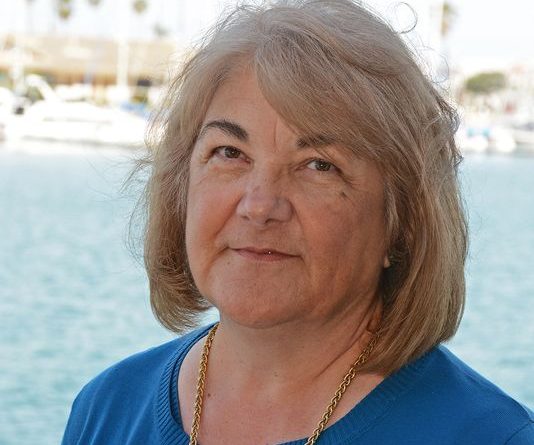 VENTURA — Lyn Krieger has decided to retire from her post as Channel Islands Harbor Director, after serving the people of Ventura County for more than 21 years.

Krieger began her career as Harbor Director in 1996, when she was hired to be the director of the newly formed Ventura County Harbor Department. Krieger previously spent 15 years in the private sector and 7 years as deputy city manager for the city of Stockton.

“I am retiring, but I will continue to do limited post-retirement work for the harbor to advise regarding projects critical to the harbor’s future,” Krieger said. “I want to be able to see through some very important projects that I have been working on.”

These projects include the construction of the new Hyatt Hotel and restaurant on the harbor’s peninsula, the complete revamping of Fisherman’s Wharf, and the on-going need to obtain federal funding needed to dredge the sand trap and harbor entrance, which replenishes sand at Port Hueneme beach and Naval Base Ventura County.

As harbor director, the day-to-day job oversees management of more than 320 acres of land and water, including 2,150 boat slips, 31 leaseholds, Harbor Patrol, fuel and recycling operations, a seasonal lifeguard program and conducts leasehold negotiations and enforcement.

“Lyn has done a remarkable job running one of our most challenging departments,” Mike Powers, County Executive Officer, said. “Channel Islands Harbor is a public treasure that serves our local business partners, residents from throughout Ventura County, and visitors from across the nation. Lyn has put into place a solid foundation for the Harbor which will allow it to continue serving these businesses, residents and visitors for many years and generations to come.”

During her years as harbor director, Krieger has been instrumental in returning the harbor to financial stability. In addition to her success at securing federal funding for the dredging projects, she has increased public access to the harbor through the addition of 1,500 feet of waterfront promenade, four new restrooms, and a new public boat launch facility.

Krieger also initiated Ventura County’s Junior Lifeguard Program, which serves 250 youth every summer and offers more than 60 scholarships through the Boys and Girls Club. She also created the harbor-side bench donation program, which resulted in more than 60 high-quality benches for public use along the water’s edge.

Throughout her career, Krieger has been successful in redeveloping the commercial side of the harbor. She brought in large projects like the Hampton Inn, Toppers Pizza restaurant, replacement buildings at the Marine Emporium Landing, the Maritime Museum, and the Channel Islands Harbor Boating Center.

“Lyn’s expertise is recognized locally, statewide and nationally,” Powers said. “Despite serious national economic setbacks which impacted the business side of the harbor, Lyn has shown remarkable leadership as she worked with a diverse array of government agencies, organizations, advocacy groups and homeowners to maintain the Channel Islands Harbor as one of the most beautiful places in the county.”

The Harbor Department director’s time on the waterfront also included some struggle. Ventura County and the city of Oxnard have been angling to redevelop portions of Channel Islands Harbor for more than a decade now. However the Great Recession of 2008, disputes between the city and county, and an arduous public review process has delayed the redevelopment.

Krieger is set to retire in March; a competitive nationwide recruitment for her successor is planned. The Ventura County Board of Supervisors, coincidentally, reportedly voted to allow Krieger to remain a part-time employee with the Harbor Department, allowing her to finish some of her responsibilities. Ventura County Star reported she would earn $93 per hour as a part-time employee – while also claiming a pension.