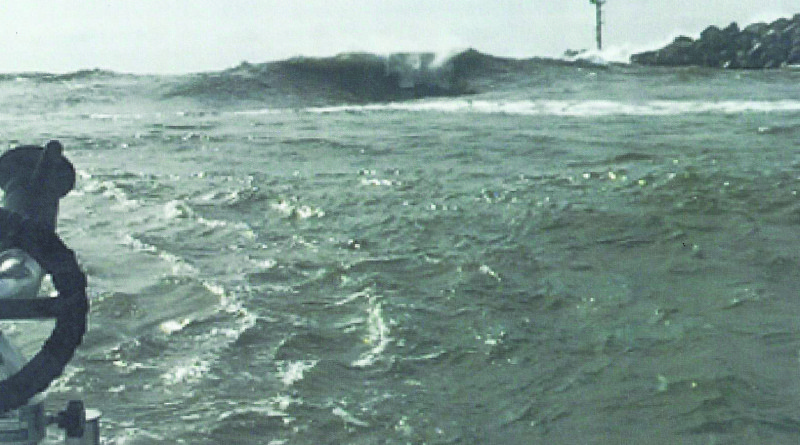 VENTURA — Heavy shoaling due to recent storms and high surf has caused hazardous conditions in Ventura Harbor’s entrance. Ventura Port District officials, working with the U.S. Army Corps of Engineers and the U.S. Coast Guard have launched a two-phased program to address safety issues and to ensure that the upcoming dredging operation that is already scheduled can be expanded to address the current safety issue, at press time.

Recreational boaters have been warned by Ventura Harbor Patrol to not venture out of the harbor; commercial fishermen were advised to proceed at their own risk.

The year’s first sailboat race at the harbor, Ventura Yacht Club’s PHRF Regatta 1, was cancelled and will be rescheduled. The second race of the year, Pierpont Bay Yacht Club’s Spring Series 1, scheduled for Feb. 13, will be delayed if necessary.

Harbormaster John Higgins has met with the managers of the harbor’s marinas and local yacht clubs to brief them on the situation and to advise their boaters to stay out of the entrance. He is working with the U.S. Coast Guard to issue warnings to commercial fishermen, going so far as to prepare warning fliers in Vietnamese to be sure local fishermen in the area understand the safety issued posed by heavy shoaling.

Meanwhile, Dredging Manager Richard Parsons and Port Commissioners Everard Ashworth and Greg Carson have been meeting with the U.S. Army Corps of Engineers, who are responsible for the dredging of the harbor, to help secure an additional $2 million for dredging.

The Corps of Engineers recently issued a dredging contract to Manson Company, which is scheduled to start dredging the harbor on Feb. 9. In light of the safety issues posed by the heavy shoaling, Manson Company operators now hope to have the dredge in place as early as Feb. 1, depending on sea conditions. The dredge is currently in Long Beach undergoing repairs and could arrive at Ventura Harbor in a day’s travel if sea conditions become favorable.

The depth of the entrance channel, normally about 40 feet, is now 14 feet and narrow to the point that two boats could not safely pass one another in the entrance, according to Higgins. The district estimates there are 900,000 cubic yards of sand in the harbor sand trap and entrance.

“While the situation will continue to deteriorate,” Parsons said, “our team is putting everything in place to get this remedied as soon as possible.”

“The challenge is to get that additional money into the contract very quickly,” Parsons said.

Port District officials and commissioners have been meeting with senior commanders and staff of the U.S. Army Corps of Engineers Los Angeles District to coordinate the response to this emergency.

Higgins said three factors are making the entrance very dangerous: unusually large waves and swells from the El Niño condition; shoaling; and, a strong current running along the inside of the breakwater.

Tall ships, which had been at the harbor as a visitor attraction, left for Channel Islands Harbor on Jan. 21.

“We think it is in everyone’s best interest for the tall ships to leave now to avoid the potential of having them stuck here through early February,” said Port District General Manager Oscar Peña.

Businesses at and around the waterfront village are still open despite difficulties experienced at the harbor’s entrance, Peña said.