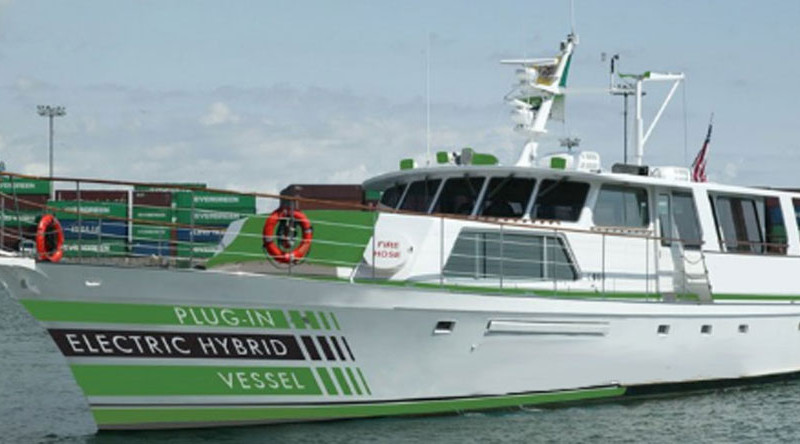 LOS ANGELES — A 73-foot boat one Los Angeles mayor refused to identify as a “yacht” was recently sold to a private firm in Silicon Valley for $100,000. The sale price is significantly less than the $4.1 million port and city officials invested into the yacht.

Energy technology firm Pathion purchased Angelena II from the Port of Los Angeles at an auction sale in October 2015; Pathion announced plans to refurbish the boat to promote a new energy system for vessel propulsion.

The Los Gatos, Calif., firm announced in December 2015 it began marketing and selling a new energy system for the maritime industry and Angelena II would be used to demonstrate the technology’s abilities.

Mike Liddle, Pathion’s Chairman and CEO, stated the energy system would reduce dependence on fossil fuels while on the open water.

“We can demonstrate a Pathion Marine Power Core energy system that has been approved for ocean travel in our current 70-foot vessel,” Liddle said, adding the system’s lithium-ion battery modules can be charged from shore power or running an internal diesel engine once the craft is underway.

Pathion advertises its Marine Power Core energy system as capable of supporting shore power when anchored and produce up to 480 kilowatt-hours of power. The system can also provide a source of power for emergency services or during a natural disaster.

The company has not yet announced how much money would be put into Angelena II’s new engine and design.

Angelena II was a significant undertaking by the port and city of Los Angeles for several years. The Port of Los Angeles purchased Angelena II for $450,000 in 1988 and planned to use the yacht to provide harbor tours to paying guests and visitors. Part of the port’s plan was to replace the yacht’s diesel engines, which no longer met California’s emission standards, with a hybrid propulsion system, making it a model for environmental stewardship.

It was the port’s hope Angelena II, if the engine conversion was successful, would be the first harbor craft to reduce emissions and fuel usage by 95 percent.

“The Angelena II is an invaluable business and public education tool, and now we can also use it to demonstrate yet another emerging technology that can reduce emissions in ports and harbors around the world,” former port director Geraldine Knatz said in 2012. “The port has provided more than $100 million to help fund these kinds of technologies and reduce overall emissions in the L.A. Harbor.”

The port’s Board of Commissioners voted in early 2015 to sell Angelena II. Ken Porter Auctions formally appraised her for a public sale and listed her for auction in September 2015.

Port officials did contemplate selling the yacht’s individual parts to potentially maximize how much money the city could receive to offset costs. A previous report in The Log about Angelena II pointed out the port spent about $3 million in labor expenses and nearly a half million dollars on materials and contractual obligations. Recent news reports stated the city’s costs topped off at $4.1 million.

The Port of Los Angeles offered harbor tours aboard Angelena II between 1988 and 2010. More than 4,000 people boarded her for harbor tours in 2011, according to port officials. The port does still offer harbor tours on other vessels.