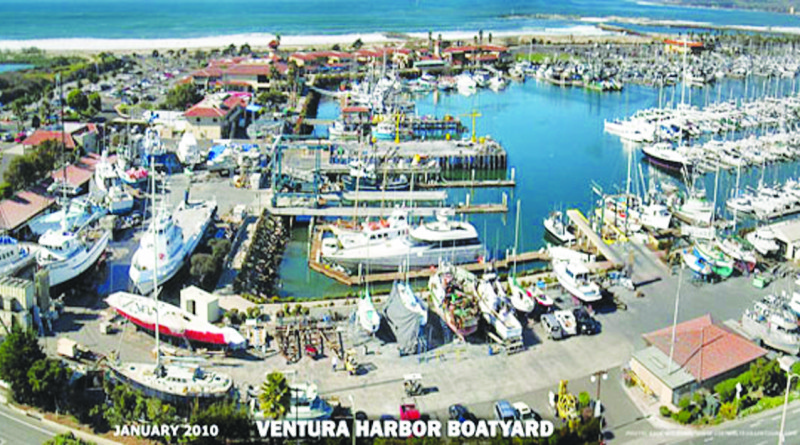 A boat collided into one of two piers at the boatyard, causing it to be inoperable.

SANTA ROSA — A collision involving a boat and Travelift pier resulted in one of two fingers at Ventura Harbor Boatyard to be deemed inoperable. The boatyard’s request to demolish the damaged finger and replace it with a new one was approved by the California Coastal Commission during its April 15 meeting in Santa Rosa.

Ventura Harbor Boatyard uses the Travelift pier to haul boats out of the water and onto land for work. Coastal Commission staff stated the new Travelift pier would be two feet longer than current infrastructure.

“The subject 61 feet long by 8 feet wide north finger of the Travelift pier was substantially damaged in a boating accident and is no longer safe to operate,” Coastal Commission staff stated. “[Ventura Harbor Boatyard] proposes to replace an adjoining 40 feet by 4 feet gangway and floating docks … destroyed in the same accident, in approximately the same development footprint and same slip size.

“The proposed project will serve to repair and replace the boatyard’s facilities for the support of commercial and recreation boating through the maintenance and repair of boats,” commission staff continued.

A 70-foot commercial boat from Los Angeles reportedly collided with docks and a pier at Ventura Harbor Boatyard in July 2015. The collision did not result in any injuries, according to news reports.

Since then recreational boaters and commercial vessels have been using the larger Travelift pier at the boatyard – and paying a higher cost for the service.

New construction will also bring upgraded docks, which are used to support Travelift pier operations. Ventura Harbor Boatyard temporarily rented the slips to the public whenever they were available.

“The slips are proposed to be replaced in kind in the same approximate footprint and with the same slip length as the previously existing slips,” Coastal Commission staff stated. “As such, the proposed project will not affect the existing mix of slip sizes within Ventura Harbor. The replacement of slips will not adversely impact commercial fishing or recreational boating opportunities for a mix of vessel sizes.”

The approved project comes with six conditions, including eelgrass surveys, debris removal and conformance with requirements of other resource agencies.
Ventura Harbor Boatyard was built in 1981 and features two fingers, one for small vessels and the other for larger boats. Each finger has its own Travelift.

An attached gangway was also damaged during the July 2015 collision between boat and pier.