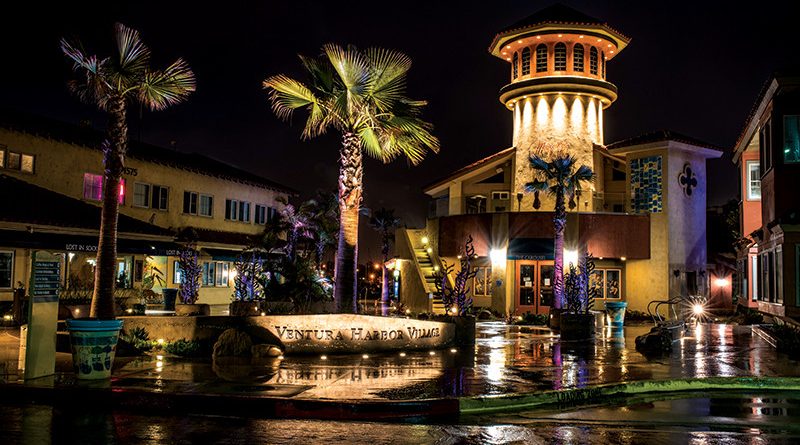 The entrance at Le Petit Cafe and Bakery is one of a series of improvements made to the Harbor and Harbor Village to comply with the American’s Disability Act.

VENTURA一 Ventura Harbor is waiting to schedule one of the last pieces in an access improvement project that has been phased in over the past few years.

The main part of this particular piece is to improve the accessibility of the entrance to Le Petit Cafe & Bakery, a long-term resident of the harbor village.

“What we are doing there is upgrades to the main entryway which relates to hand rails and a ramp and that is going to tie into the ADA approved [requirements],” said Joe Gonzalez, acting capital projects manager for the harbor.

The contract for the project was awarded to JTEC Corporation Inc. at the commission’s June 16 meeting for a total of $46,800 to complete the improvements to the Le Petit Cafe & Bakery entrance, as well as six other additives which included minor concrete replacement around the village.

“While the Le Petit entrance is the principal element of the project there are six alternatives,” said Todd Mitchell, business operations manager for the harbor.” …Simply because we were having concrete work done and rather than having six additional projects, we entertained options for having other small concrete projects that weren’t specifically ADA but that needed to be done in the village and we opted that because of the competitiveness of their work we opted to give all the alternatives to the bid.”

JTEC also received a $75,500 bid for a trash enclosure project for one of the new restaurants in the village that is being tied into the ADA requirements project. That project broke ground on July 12 and is expected to take three months to complete.

There was a survey conducted in 2014 and 2015 by the district and a consultant to see if they were in compliance with ADA guidelines, the list of buildings surveyed was district-owned: buildings, parking lots, and beaches in Ventura Harbor and Ventura Harbor Village.

“This has been part of a multi-year multi-phase ADA improvement project,” said Brian Pendleton, general manager for Ventura Harbor. “…We’ve had the opportunity to bring major improvement as you know from other projects in terms of the buildings from the painting to the roofs and other things but this programming and this project has been directly geared toward making the harbor village more accessible.”