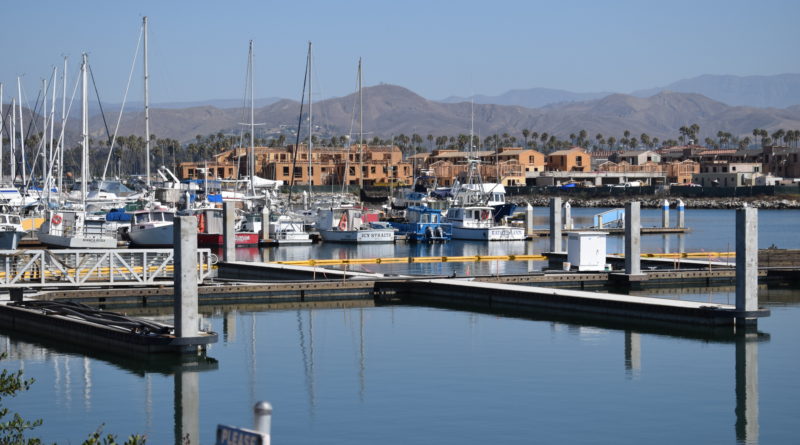 The Board of Port Commissioners on Sept. 4 voted to suspend an existing resolution dealing with evaluating slip increases.

VENTURA—The Ventura Port District is looking at clarifying the systems in place for evaluating proposed slip rate increases for all marinas within Ventura Harbor.

The Board of Port Commissioners voted unanimously not to adopt a proposed resolution establishing a slip rate review policy at its Sept. 4 meeting; instead the board asked staff to return in October with a new recommendation. The commissioners also voted to suspend an existing resolution dealing with evaluating slip increases.

Up for a board vote was Resolution No. 3379. It would have given all marina operators the authority to increase slip rate fees if they met the following criteria: the slip operator shall provide 45 days advance notice of the increase; the proposed rates are within the range of the Southern California marina market, the occupancy rate is not more than 10 percent below the Ventura County median; and, there have been no increases in the 12 months prior to the new rates taking effect. If any proposed slip rate increase did not meet those criteria, it would be subject to a hearing before the Board of Port Commissioners, who would give final approval or disapproval.

The resolution would have formalized the conditions in a former policy, Resolution No. 3097, which had a sunset clause making it effective until the end of 2009. According to Turner’s report, since the adoption of Resolution No. 3097 in 2008, and despite the fact that it expired on its own terms on Dec. 31, 2009, district management has continued to use the process set forth in the resolution for reviewing proposed slip rate increases.

According to Turner’s report, prior management misunderstood the effect of the “sunset” provision in Resolution No. 3097, instead believing the board would have to take action to reinstate Resolution No. 3038. Resolution No. 3038 technically set the current process and required a public hearing and the Ventura Port District to review and approve any proposed slip rate changes by Ventura Harbor slip operators. Turner’s report said a survey found that Ventura Harbor was the only port in California that had such a policy. He went on to say Channel Islands Harbor and Marina del Rey had recently abandoned similar requirements because they felt the cumbersome nature of the process did in fact keep slip fees below market. The Ventura Port District on Sept. 4 voted to suspend Resolution No. 3038.

Ventura Port District General Manager Brian Pendleton said the commissioners during the Sept. 4 discussion expressed that they would like to include language to have the master leases that are already in effect dictate what, if any, role the district has in proposed slip rates increases. Pendleton said the commissioners were interested in having a role in slip increases only if the master lease dictated it. If there is no requirement that the district have a role, proposed slip increases would be handled by the master tenant. The rate slip policy was again on the agenda for the Oct. 2 meeting with the recommendation to allow master leases to govern the process. The meeting happened after The Log’s press time. The Log will follow up on the results from that meeting.