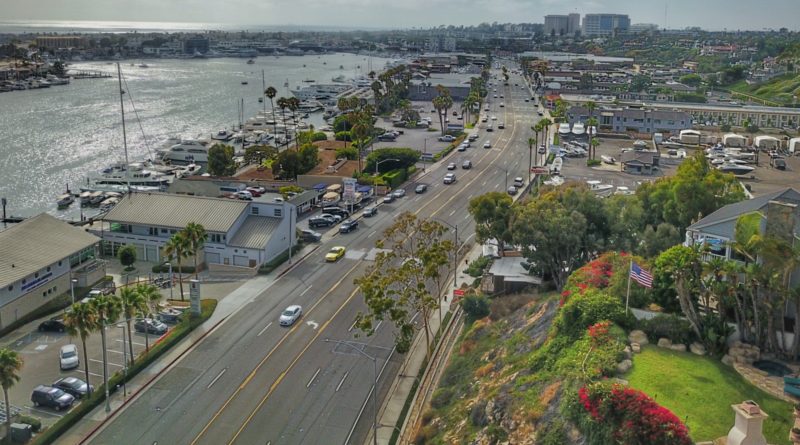 In 2017, Newport Beach city officials decided to withdraw a Mariner’s Mile Revitalization Master Plan, but it might be back on the table for public discussion in a few months, according to city staff.

NEWPORT BEACH—Mariner’s Mile, a popular stretch of restaurants, boating activities and more on Newport Beach’s Pacific Coast Highway (PCH), has been in the city’s sights for revitalization for some time. The Log, and other news sources, last covered efforts to begin giving the area a facelift nearly two years to the day this publication hits newsstands on July 27, 2017. The subject matter at the time of print: The city decided to scrap Mariner’s Mile Revitalization Master Plan due to negative feedback.

Waterfront developments are certainly a hassle, especially on California’s coast where the complexities of Environmental Impact Reports (EIRs) meet a governmental planning and many other elements of building on this state’s prized (and expensive) land. This reporter, in a short time of covering this beat, has witnessed many stages of waterfront developments – from announcing plans to the public to signing leases. Sometimes, it can take upward of a decade to even complete an EIR, which is why building can move at a snail’s pace on the coast in contrast to developments inland that seem to go up overnight.

The public’s, private sector’s and government officials’ views of the projects and more that further complicate how projects get built – even the pros and cons of getting there. In the wise words of Ventura Council Member James Friedman, who once discussed the process of alerting boaters about changes to dry storage as a harbor commissioner, “people don’t care much for change.”

In terms of the Mariner’s Mile development plan, residents were especially concerned about the widening of PCH.

As quoted in an article published in The Log, one resident from Corona del Mar stated, “Regarding Mariner’s Mile Revitalization, I am opposed to the proposed expansion of Pacific Coast Highway to six lanes. I feel we would all like Newport Beach to be a destination and place to live, not a drive through.”

Although city staff clarified that the General Plan had not explicitly included the highway expansion as part of the revitalization, the topic still struck a nerve with the public. The project, however, is still hanging on hope and could see some new updates in the next few months.

“Mariner’s Mile will be addressed through the City’s General Plan update process. The General Plan is the blue[print] for the vision of the future of the City. It describes where development should take place in the City,” Community Development Director Seimone Juris told The Log in an email.

“No real work has been done on the update and more information about our community engagement will be released to the public in the next couple of months.  Any potential revision or update to Mariners Mile will not be released for at least another year or two,” he continued.

Newport Beach residents, as Juris stated above, could expect to hear a little bit more about the plans for Mariner’s Mile in the coming months. When that time arrives, The Log will provide updates.

As far as these kinds of developments go, will there ever be a perfect solution? Is there any particular coastal revitalization along Southern California that has positively impacted the community in a notable way? How did it address parking, amenities, coastal access, infrastructure and other needs? Share your thoughts with The Log online or by sending a message to editor@thelog.com.