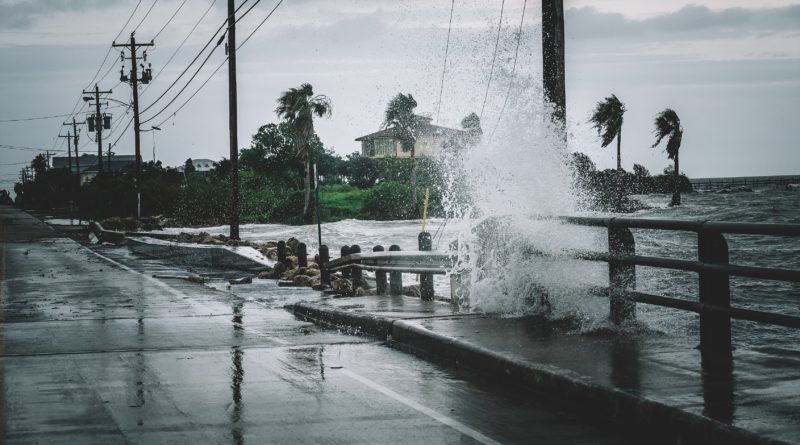 The state’s Department of Water Resources is urging all Californians to prepare for winter storms and the possibility of flooding.

SOUTHERN CALIFORNIA―Living in Southern California, where barely a drop of rain has been felt in the past several months, it can be easy to forget that winter is coming. It’s unclear how much rain the season will bring to the region, but the California Department of Water Resources (DWR) is urging Californians to be proactive and prepare for possible flooding as the winter storm season quickly approaches.

The combination of storms and tides can create the risk for coastal flooding for those who live on or near the water. Last winter, the combination of winter storms and king tides prompted many flash flood warnings, record rainfall and some coastal damage.

California’s rainy season, according to DWR, usually lasts from November to April. This is when the chance of heavy flooding and flash floods is greatest. The National Oceanic and Atmospheric Association’s (NOAA) 2019 winter precipitation outlook gives Southern California equal chances of below, near or above average precipitation.

Lt. Erik Engebretson, the interim Santa Barbara Harbor operations manager and Santa Barbara Harbor Patrol supervisor, said it doesn’t take much wind or rain to cause major problems, including damaging or sinking an unattended boat. He said there are several things boaters can do to storm-proof their boats:

For those headed out on the water this winter, Santa Barbara Harbor Patrol reminds all boaters to always know the latest marine weather forecast and to monitor changing conditions. Harbor Patrol said every person on board should always carry and wear the mandatory, properly fitted, U.S. Coast Guard-approved life preserver and other safety equipment required by the USCG. Santa Barbara Harbor Patrol also recommends carrying multiple communication devices such as VHF radios and emergency position indicating radio beacons, as they can be the most important piece of emergency equipment on board in an emergency.

“Despite building a large sand berm, the largest swells will erode and/or overtop it resulting in flooding,” Treiberg said in an email.

Sand berms are also used in low-lying areas such as Newport Beach. Newport Beach also has tide gates to keep bay water from backing up through storm drains and inundating the streets should there be any concern of flooding. However, streets can still become submerged in water, as was the case several times last winter.

DWR reminds drivers to never drive through flooded streets. DWR said more people are trapped and die in their vehicles than anywhere else during a flood.

Rain isn’t the only concern for boaters, it is also the wind. Flooding has not been much of a problem in the past for the harbor in Avalon on Catalina Island but the wind has, according to Harbor Master JJ Poindexter. Poindexter reminds boaters to watch the weather, and reminds boaters that Avalon is not the place to be when a Santa Anna wind event is predicted. The notorious offshore, strong north-to-northeast winds of Southern California typically ramp up in October and are common through March.

He said if a weather event is predicted and you’re at home, stay at home. If you’re in the harbor, he said to listen to the patrol staff and do what they advise.

“If they say it is better that you leave and go to Cat Harbor, then go to Cat Harbor,” Poindexter said in an email. “If you’re in Avalon and can’t leave, make sure that you have chaffing gear to protect your mooring lines.”

Boaters can contact Avalon Harbor Patrol at 310-510-0535 for weather updates.

Banuelos said the Port of San Diego does sometimes have rain-related flooding at locations throughout the tidelands and near North Harbor Drive and Laurel, Pacific and Laurel, and Pacific Highway from Laurel to Hawthorne. If there is flooding, the port district’s General Services staff provides barricades, waddles and remediation, such as pump-out, during flood events. Banuelos said boaters should ensure they have all required safety equipment, appropriate ground tackle for their vessel, a VHF Radio, and RADAR if available.

There are more than 5,000 properties and 4,500 buildings located in Oceanside’s Special Flood Hazard Area, an area identified by the United States Federal Emergency Management Agency (FEMA) as an area with a special flood or mudflow, and/or flood related erosion hazard.

Oceanside Harbor Division Manager Ted Schiafone said historically, the harbor has not experienced significant flooding in past years, only some localized flooding due to clogged storm drains. He said for the harbor, the biggest issue is the San Luis Rey River adjacent to the Harbor.

“Vegetation, debris and bacteria flow out of the river mouth into the Pacific,” Schiafone said in an email. “That can cause issues for boaters entering or exiting the harbor entrance.”

He reminds boaters to be cautious when exiting or entering the harbor entrance and to follow Oceanside Harbor on Facebook for related updates.

Officials with Ventura and Marina del Rey harbors said flooding has not been a problem in the past and do not anticipate it being a concern this year.