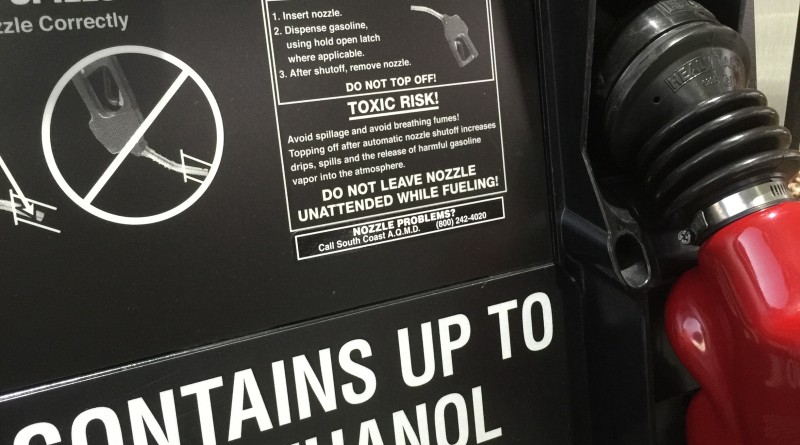 NATIONWIDE — Not enough is being done to prevent recreational boaters from filling up their boat engines with fuel containing more than 10 percent ethanol, according to a letter sent to congressional leaders in mid-October.

A coalition of consumer groups and small-engine manufacturers alleged the current Misfueling Mitigation Plan does not prevent boaters and other small-engine users from filling up with harmful fuel blends, according to a letter sent to committees in the U.S. Senate and House of Representatives on Oct. 13.

National Marine Manufacturers Association (NMMA) spearheaded the letter, which was sent in advance of legislators returning to Capitol Hill after the Nov. 8 election. The Oct. 13 letter was addressed to Sens. James Inhofe (R-OK) and Barbara Boxer (D-CA) as well as Reps. Fred Upton (R-MI) and Frank Pallone Jr. (D-NJ).

Representatives from the American Petroleum Institute stated they would be pressing federal legislators to reform the Renewable Fuel Standard (RFS), which is an annual gasoline mandate established by the Environmental Protection Agency (EPA).

“Data shows that the American public is unaware of E15 and its harmful effects on small engines,” NMMA staff said in a released statement. “More needs to be done to protect consumers from damaging recreational vehicle engines by accidentally using fuels that have ethanol concentrations of 15 percent or higher.”

Keeping boaters and consumers informed of the harms of E15 and how to avoid misfueling could be achieved in five steps, according to the NMMA-led campaign.

“The existing Misfueling Mitigation Plan … that accompanied the introduction of E15 remains inadequate, failing to educate, warn or protect the consumer from using federally prohibited fuel in their small engine products,” stated the NMMA letter to congressional leaders. “With E15 expected to increase in volume of sales and spread into new markets, enhancements to the existing misfueling mitigation plan are merited.”

The coalition of consumer groups requested Inhofe, Boxer, Upton and Pallone to guarantee “indefinite and universal availability” of E10 fuel blends, work with stakeholders to “develop a more comprehensive consumer-focused set of resources,” improve labeling and signage at gas pumps, rely upon state boater registration and other forms of public data to communicate and stay in touch with small-engine consumers, and increase consumer awareness of E15’s approved usage through traditional and digital media campaigns.

At the heart of legislative efforts on RFS reform is House Resolution 5180 (H.R. 5180), which was introduced by Rep. Bill Flores (R-Texas) in May.

“Ethanol mandate exceeds the maximum amount of ethanol that can be efficiently blended into gasoline under real-world market conditions, and forces refiners to increase ethanol volumes above 10 percent of total gasoline production,” Flores stated after he introduced H.R. 5180. “Higher ethanol blends of this nature are harmful for small engines, engines for recreational vehicles and older vehicle engines.”

H.R. 5180, if approved, would cap ethanol blends at 9.7 percent of the fuel supply. Any potential discussion of ethanol or RFS reform after Nov. 8 would take place during what is essentially a lame duck session. Pres. Barack Obama completes his final days in the White House and the new legislative class will be installed in early January.

The U.S. Energy Information Association (EIA) stated fuel blends containing ethanol do not provide as much energy as pure gasoline.

“The energy content of ethanol is about 33 percent less than pure gasoline,” EIA staff stated. “In general, vehicle fuel economy may decrease by about 3 percent when using E10 relative to gasoline that does not contain fuel ethanol.”

Ethanol was used in automobile engines as early as 1908. Henry Ford’s Model T ran on a combination of gasoline and ethanol alcohol, according to EIA. Mixing gasoline with corn was banned during Prohibition (1919-1933) as ethanol was considered an alcoholic beverage. The corn-gasoline blend was reintroduced into the fuel supply in the 1930s.

Congress enacted the RFS in 2005 to mandate minimum use of renewable fuels such as ethanol. EIA statistics show the U.S. gasoline supply included about 15 billion gallons of ethanol this year.

About 998,000 barrels of ethanol fuel were produced daily during the week of Oct. 14, according to weekly data published by EIA.

Only 7.5 billion gallons of renewable fuel was required to be blended into our gasoline supply in 2012.