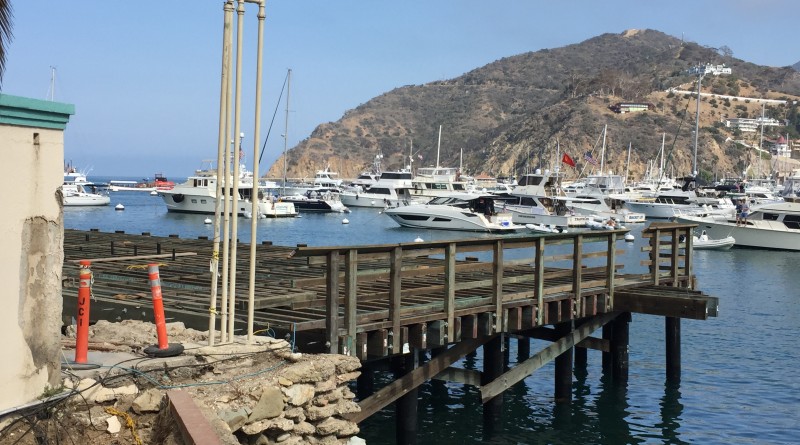 City will look for a builder after restaurant owners cited project as too risky for them.

AVALON — The owners of a planned waterfront restaurant on Avalon Harbor stated they would not be able to bear the risk, under current terms, of bringing a renovated Casino Dock Café online.

Their decision, shared with city leaders three months after it appeared a deal would be in place, opened the door for Avalon’s City Council to pursue proposals for another vendor to build out the restaurant adjacent to the city’s boat fuel dock.

Russell and Jenny Armstrong, the husband-wife ownership team of Casino Dock Café, informed the Avalon City Council they would no longer finance construction of the restaurant’s building shell.

“After much consideration we have decided that it is not in our financial best interest to agree to pay for construction of the Casino Dock restaurant build and, when construction is complete, to hand the keys back to the city without any financial mitigation,” the Armstrongs wrote in their Jan. 6 letter to council members. “The current rent payments and lease length we are considering do not constitute the type of mitigation we would require.”

The Armstrongs and Avalon officials were considering terms both sides initially found favorable during an October 2016 City Council meeting. Avalon would be paid a monthly rent of $4,000 or 8 percent gross receipts – whichever would be higher. The lease, which attached a consumer price index (CPI) increase to the base rent, is for 15 years with two five-year options. Casino Dock Café must stay open for nine months out of the year, weather permitting.

Three months later the Armstrongs decided the terms were not enough to offset their financial risks.

“[We] have been strongly advised not to pay for construction without some concrete form of financial reimbursement for said construction over the life of the lease,” the Armstrongs stated in their letter. “We cannot absorb the costs associated with the physical construction of the building. It does not make any sense for us to agree to these terms.”

A proposal by the Armstrongs to offset prevailing wage costs associated with the city of Avalon completing the restaurant’s construction in house was not an option for council members, as the costs would still be too high for the city’s budget.

The Armstrongs appeared willing to pay the difference between minimum and prevailing wages if the city elected to financially back the restaurant’s construction.

City staff said the council could solicit proposal requests to have a developer construct the café structure, but there is not enough public funding to pay for construction.

“We don’t have the money in the budget to build a structure. It’s just not there,” Avalon City Attorney Scott Campbell told council members.

Council members ultimately decided to draft and issue a request for proposal.

“The problem of city financing the [construction of the restaurant] shell is exacerbated by the high cost to construct the new fuel dock that has resulted in change orders for that project of approximately $400,000,” city staff stated in a report to council members.

The Armstrongs have a long history of operating restaurants at Catalina Island’s only incorporated city. Russell Armstrong previously operated Armstrong’s Seafood and Fish Market for 30 years. Bluewater Grill replaced the seafood restaurant in 2013.

Council members said the request for proposal process would be open to the Armstrongs.

“The Armstrongs have stated that if [a request for proposal] is issued they will participate in the process,” city staff told council members.

“We have owned and operated the Casino Dock Café for 20 years, we love the place, have amazing plans for it, and are still fully committed to reopening it and to financing all the substantial startup costs associated with building out the actual business,” the Armstrongs wrote in their Jan. 6 letter.

The restaurant located next to the city’s fuel dock temporarily closed down a part of a larger renovation project to upgrade the eatery and boating gas station.