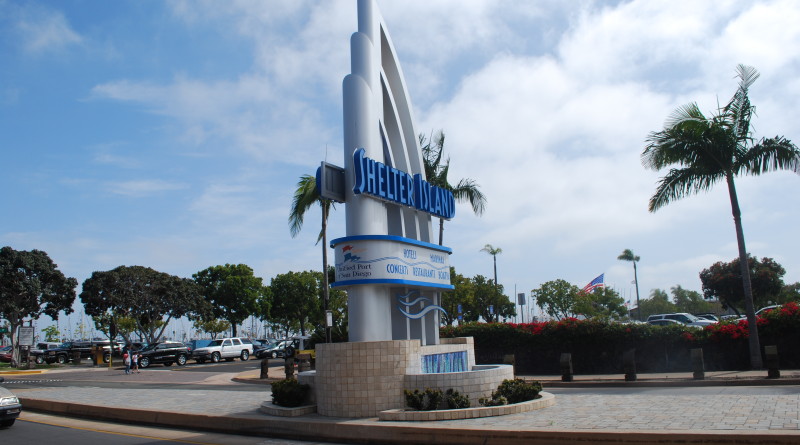 SAN DIEGO — The lack of docking space and a public launch ramp in San Diego helped one local man turn a sand spit just east of Point Loma into a haven for boaters and yachtsmen.

“In 1948, there wasn’t a single public boat launching ramp on the entire bay. Docking space was pretty well taken up by two private clubs,” Tim Shepard wrote in Popular Boating’s January 1959 issue. “But for the terrible-tempered John Bate, San Diego’s fire-eating port director, and a thing for years known as Bate’s Folly, the situations might be no better today.”

“The port director’s plan for converting this spit into a self-supporting island and improving the yacht harbor met with a storm of protest from Point Lomans,” Shepard wrote. “They rather liked the old sand bar and feared a honkytonk type of development.”

Bates saw his plans through, however, raising enough money to build Shelter Island into the boating destination he envisioned.

“For a comparatively small sum of $1.2 million he gave San Diego one of the finest boating facilities on the Pacific Coast,” Shephard wrote. “Bate’s folly is now a handsome, palm-lined island, a mile long and 300 yards wide.

“Shelter Island has spawned two yacht clubs, two boating marinas, and a boatel, with total slip space for more than 750 boats,” the writer continued. “Plush restaurants on either end of the island give San Diegans an opportunity to watch boating activity as they dine.”

Shelter Island is also home to a public boat launch ramp, which is about to be renovated and updated. The launch ramp launched more than 1,200 boats in a six-hour stretch during the 1958 Yellowtail Fishing Derby, according to Shepard.