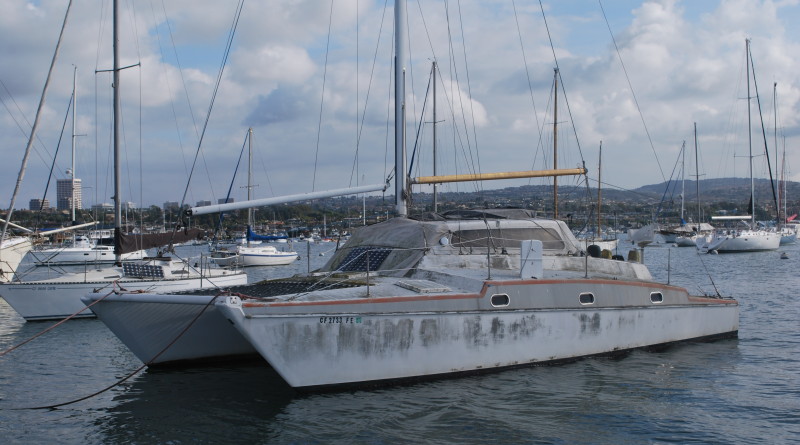 AB 2092 clears Transportation Committee but is held up in Appropriations.

SACRAMENTO — A state fund exclusively dedicated to helping recreational boaters avoid abandoning their vessels appears to be safe – for now. Assembly Bill 2092 (AB 2092) was placed on the lower house’s suspense file in May, meaning the legislation proposing to make commercial vessels eligible for abandoned vessel clean-up funding is on hold and might not make it to a full vote this year.

The bill is not yet dead and there is still a chance AB 2092 finds itself on the governor’s desk in some form or capacity before the end of the legislative session. AB 2092 proposes to make Abandoned Watercraft Abatement Fund (AWAF) money available for the removal of abandoned or derelict commercial vessels.

Jerry Desmond, the director of government relations with the Recreational Boaters of California (RBOC), hopes AB 2092 remains stalled in the legislature.

“With the bill being held on suspense, we believe that the measure will not be moving forward this year,” Desmond told The Log. “However it is still early in the legislative session, so we are keeping our eyes out in case the issue is placed into another piece of legislation.”

Both RBOC and BoatUS campaigned the State Assembly’s Appropriations Committee in April to balk at AB 2092, claiming the bill, if passed and signed into law, would place a greater strain on recreational boaters and make it even more expensive to abate abandoned vessels.

“The scope and scale of addressing even a few derelict commercial vessels could quickly consume the fund. The costs of removing them should be borne by the commercial vessels owners and not on the back of California boaters,” BoatUS President Margaret Podlich wrote to Assembly member and Appropriations Committee Chair Lorena Gonzalez. “We believe it is inappropriate to place this additional burden on an already stretched AWAF.”

RBOC President Ralph Longfellow, also in a letter to Gonzalez, said abandoned or derelict vessels are more expensive to clean up.

“The cost of [removing] one [derelict commercial] vessel could exceed the entire fund,” Longfellow told Gonzalez. “The demand for clean-up of recreational vessels already exceeds the amount of available funds. These vessels should remain the top priority at this time.”

Longfellow added commercial vessel owners do not contribute to either AWAF or VTIP.

A legislative analysis of AB 2092 said the bill, if passed, would result in “significant increased cost pressure on the AWAF of at least several hundred thousand dollars annually.”

“The 2015-16 Budget Act funds the AWAF with a transfer of $1.75 million from the Harbors and Watercraft Revolving Fund (HWRF),” the legislative analysis stated. “Even with the increased funding, demand on the fund exceeds available resources, as grant requests exceeded $2.2 million. It should be noted that the HWRF—the fund source for the AWAF—is projected to have a reserve of $102 million at the end of 2016-17.”

The Assembly’s legislative analysis also cited the RBOC’s opposition to AB 2092, stating the fund supported by recreational boaters could be quickly depleted if used to abate commercial vessels.

“The RBOC is concerned that that opening up boater fuel tax and registration fee revenues in AWAF to abate commercial vessels would quickly deplete the fund since these vessels are significantly more expensive to remove,” the legislative analysis stated. “RBOC argues that, since commercial vessels do not contribute to the fund, recreational vessel abatement should take priority.”

“Because only noncommercial abandoned vessels qualify for AWAF grants, and because local jurisdictions typically lack funds for vessel abatement, many commercial vessels are not promptly removed. As a result, over time, the vessels sink and disintegrate,” the legislative analysis of AB 2092 explained. “The sponsor notes that once the vessel is submerged and disintegrated, a local jurisdiction can apply for AWAF revenues, because the vessel is then considered ‘marine debris,’ and a qualifying use of AWAF revenues.

“This sponsor contends this situation is ultimately more costly and environmentally damaging, and argues that it makes more sense to remove vessels that present a strike hazard or environmental impacts regardless of their commercial or noncommercial status,” the legislative analysis continued.

Assemblyman Jim Frazier initially introduced AB 2092 on Feb. 17. The Assembly’s Transportation Committee approved the bill by a 10-3 vote (with three abstentions) on April 18. AB 2092 was placed on the suspense file on May 4.