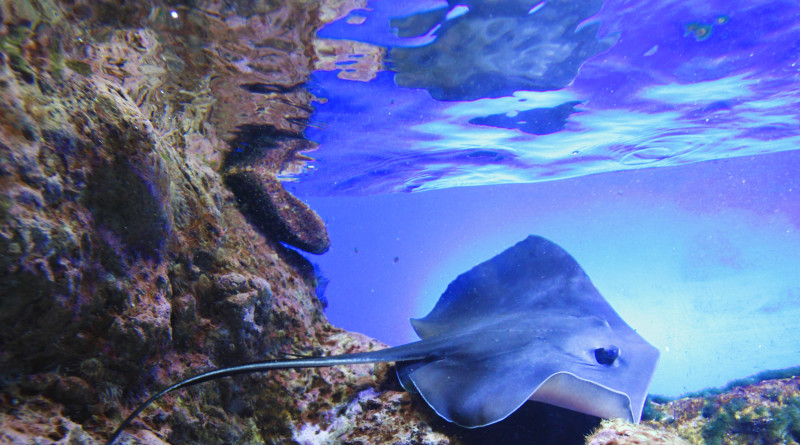 The fluid movement of the stringray served as inspiration for the creators of the biohybrid stingray. Engineers designed the stingray using rat muscle tissue.Yellowj/Shutterstock

CAMBRIDGE, Mass. — A team of engineers at Harvard University created a robotic stingray that uses rat muscle tissue to allow for maneuverability.

The biohybrid designed by Harvard’s Disease Biophysics Group led by Kevin Kit Parker, is guided by light cues and is constructed of a gold skeleton, according to Fortune. Two layers of silicon, genetically engineered rat heart cells also make up the swimming robot. The heart cells have been genetically modified to contract when light is cast on them (a technique known as optogenetics).

According to Popular Mechanics, the novel design provides robotic engineers the option of using soft materials (bypassing the use of electronics and motors) to mimic the movement of animals. The muscles also work as the robot’s control system.

The ray can move up to a speed of 9 meters per hour, according to Singularity University.

This union of biology and engineering offers a look into the future of how different technologies, such as cell culture and optogenetics, can converge to advance genetic engineering.