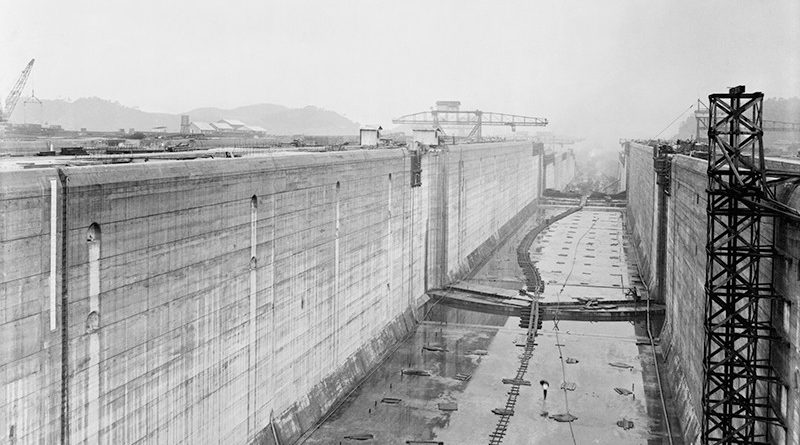 PANAMA一 On Aug. 15, 1914, the Panama Canal had its inaugural passage when the U.S. vessel Ancon, passed through its gates, according to an article from This Day in History on History.com.

In the 1880s a French was brought on to attempt to build the canal to connect the Pacific and Atlantic oceans.

According to the article construction on the sea-level canal began in 1881 but was halted because of poor planning, a breakout of disease among the crew, and financial problems that drove the contractor’s company to bankruptcy in 1889.

In 1902 U.S. Congress authorized the purchase of the French cancel company, the original contractors for the 1881 construction, and signed a contract in 1903 with Colombia granting the U.S. use of the territory.

Colombia refused to ratify the treaty and in 1903 a faction of Panamanians issued a deceleration of independence from Colombia.

The movement was supported by President Theodore Roosevelt who removed the U.S. railroad trains from Colón stranding Colombian troops sent to stop the rebellion and then Roosevelt sent the U.S. warship Nashville to Panama.

On Nov. 18, 1903, the Hay-Bunau-Varilla Treaty was signed with Panama which granted the U.S. exclusive rights to the Panama Canal Zone.

Construction began again in 1909 and was one of the largest construction projects of all time, engineers moved almost 240 million cubic yards of earth and spent roughly $400 million in constructing the 40-mile-long canal.

In 1977 President Jimmy Carter signed a treaty with Panamanian dictator Omar Torrijos for the transfer of the canal to Panama, the transfer happened on Dec. 31, 1999.

The canal had its one-millionth passing ship in Sept. 2010.