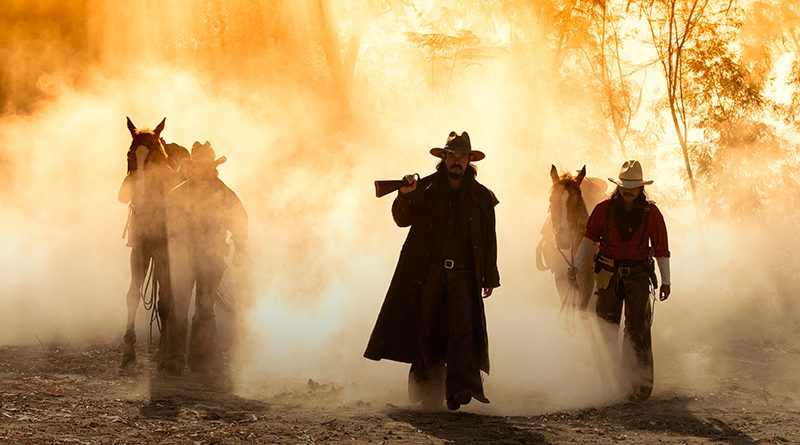 From Sacramento to Los Angeles, the frontier towns of California were inhabited by some of the toughest and most dangerous characters West of the Mississippi. Shutterstock image.

SAN JUAN CAPISTRANO— Life in Orange County hasn’t always been about beaches and surfing. Before it was the paradise we know today, Southern California had a wild west past. The wild west, also known as the old west or the American Frontier, refers to the geography, history, folklore, and cultural expression of the Western United States during its frontier period.

One notable western OC gangster was Juan Flores, who was arrested in Los Angeles in 1855 for stealing horses and stagecoaches but broke out of San Quentin State Prison a year later.

Flores and other gang members rode down to San Juan Capistrano, where they robbed stores and murdered a German shopkeeper named George Pflugardt.

After Capistrano residents sent a warning out, Sheriff James Barton and five men departed Los Angeles to try to end the havoc, as Orange County was considered a part of Los Angeles County until 1889.

However, while Barton and his group rested at the adobe of Don Jose Andres Sepulveda (present-day West Santa Ana), the local Mexicans warned him that a trap awaited him on the road to Capistrano. Barton ignored their advice, and Flores and his fellow robbers, who called themselves las Manillas, which translates to the Handcuffs, ambushed the sheriff’s entourage where Barton Mound now stands today, located near a mound north on Highway 133 just before the Interstate 405 North interchange. They killed all of Barton’s men except two. The survivors rushed to Los Angeles, while the las Manillas gang returned to Capistrano to continue their raids.

Shortly after, four separate groups with dozens of local men, Native American warriors, and federal troops scattered across Southern California to track down the las Manillas. Flores and others were ultimately captured near what is now called Flores Peak in the Tucker Wildlife Sanctuary, but only after Flores slid down the side of the mountain a couple of hundred feet and nearly escaped. While in captivity at the Sepulveda rancho, he and two other men fled in the night. In frustration, Andres Pico, the brother of Pio Pico, California’s last Mexican governor, hanged two other prisoners from an oak tree.

At least 11 innocent Mexicans were arrested and lynched across Southern California because of the search for Flores. Ultimately, Flores was captured and imprisoned, but a mob lynched him before the courts could judge the 22-year-old gangster. All the las Manillas were seized and either executed or lynched, with the last member apprehended in 1859.

The Wild West earned its name for the lawlessness of the territories west of the Mississippi River. Its cowboys, pioneers, gamblers, gunslingers, outlaws, shootouts, and gangs are famous. Las Manillas was a collection of all these characters, comprised of gang members of all outlaw styles. A few more recognizable names from the period are Billy the Kid, Butch Cassidy, the Sundance Kid, “Wild Bill” Hickok, and Wyatt Earp.