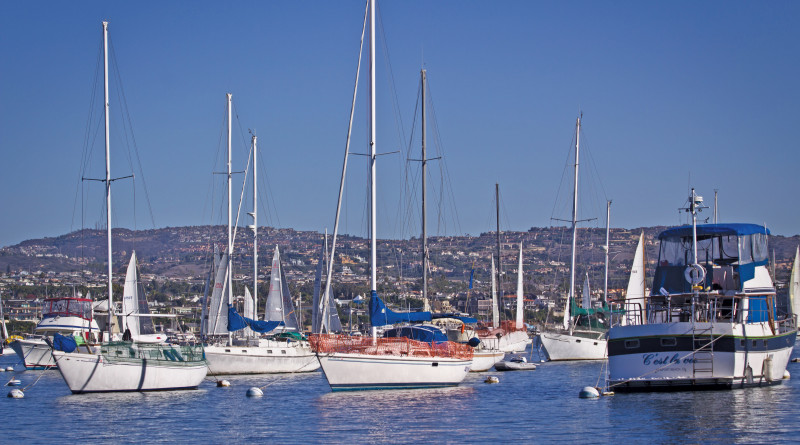 Advisory board hopes to make harbor a destination for boaters while ensuring its long-term welfare.

NEWPORT BEACH ― The Newport Beach’s Harbor Commission held its final meeting of 2016 aboard a ferry, where commissioners discussed future plans and provided a tour of the harbor. Commissioners approved the agency’s proposed objectives for 2017 and addressed how the commission’s goals would be realized during the Dec. 10 meeting.

The city advisory board announced two main goals for 2017: “to ensure the long term welfare of Newport Harbor for all residential, recreational and commercial users;” and “promote Newport Harbor as a preferred and welcoming destination for visitors and residents.”

As the ferry tour took city officials, residents and members of the press around the harbor, commissioners pointed out areas in need of improvement and discussed plans to make Newport Bay a safer place.

One strategy to help ensure security in the harbor was the creation of a subcommittee to survey whether safety regulations are being practiced, according to commissioners.

“The plan is to make it mandatory for all rental customers to be informed of the rules and best practices of safe navigation in the harbor,” Harbor Commission Chair Paul Blank stated.

Just as Blank made this statement, two paddleboards paddled by the ferry on the wrong side of the harbor.

Commissioners also acknowledged there is an aging population of boats in the harbor. Measures are being taken to remove derelict vessels out of the water, commissioners stated. The commission expressed its support of Harbor Patrol’s efforts to identify and remove derelict boats from Newport Bay.

Newly elected City Council member Brad Avery spoke about the objective to make the harbor a more welcoming destination for both locals and visitors. The Harbor Commission plans to complete an evaluation of the Turning Basin anchorage and present a recommendation to the City Council.

Dredging, eelgrass, revitalization, speed limits and sea lions in the harbor were all discussed throughout the tour on the water. The Log will be taking a closer look at these plans to keep the harbor safe and welcoming as they happen throughout 2017.

Avery, whose commission seat is now vacant due to his election to the City Council, said he enjoyed his time on the advisory board but will continue to support the harbor with his new colleagues on the dais.