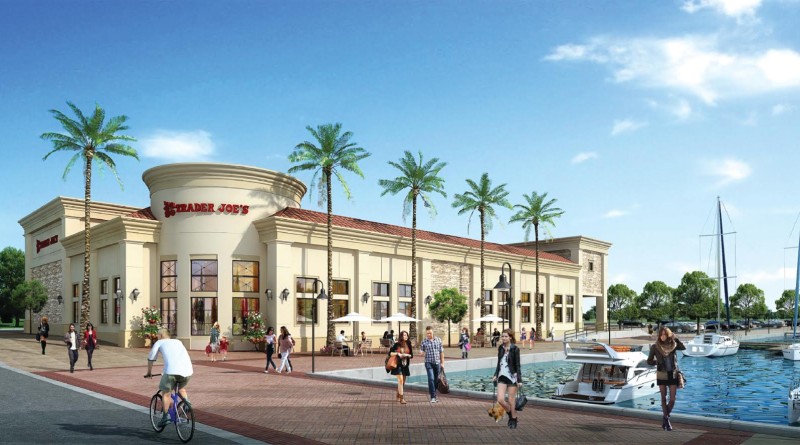 Proposal to redevelop Parcel 44 will include a local worker hiring policy.

LOS ANGELES — A proposal to bring a Trader Joe’s and West Marine to a boating-themed waterfront area in Marina del Rey will also have a local worker hiring policy, the Los Angeles Board of Supervisors determined Oct. 18.

Supervisors approved an option agreement to allow the developer of Parcel 44 to incorporate a local worker hire program into its plans to redevelop an area surrounding one of Marina del Rey’s basins. The redevelopment project proposes to bring a mixed-use area featuring dining, recreational and retail activities.

“It basically just memorializes the fact that the director of Beaches and Harbors [department] includes language in the option agreement with Pacific Marina Venture Partners, the redeveloper of the parcel, to be in compliance with local and targeted-worker hire policy adopted by the board,” Sup. Mark Ridley-Thomas told his colleagues during the Oct. 18 meeting.

The local worker hiring policy was adopted Sept. 6 by the Board of Supervisors and implemented Nov. 1. Accordingly the Parcel 44 developer would be the first vendor subject to the new county policy.

“We agreed to abide by the policy, but we’re a little afraid, a little scared in its implementation, because we’re the first out of the gate,” Aaron Clark, who spoke to supervisors on behalf of the developer, said. “It’s going to be a little intimidating, I think, for the private sector. It’s a noble cause.”

The option agreement would allow the lease agreement between Los Angeles County and Pacific Marina Venture to be extended an additional 39 years to March 31, 2062.

Pacific Marina Venture is expected to renovate the Parcel 44 area with new dry boat storage racks, a specialty market and other retail uses, restaurants, an updated marina and space for a yacht club. Boater serving amenities, such as laundry, brokerages and boat repair, are also expected to be included in a renovated Parcel 44.

The new marina would feature 141 slips and five end-ties. Parcel 44 is currently home to a 232-slip marina with seven end-ties.

A public promenade, bicycle paths and water taxi, according to county staff, would improve public access to the waterfront.

About 15,000 square feet of existing landside uses would be demolished. The existing docks would also be removed and replaced.

The Parcel 44 redevelopment project appears to be moving forward but the proposal has met with some resistance.

Jon Nahhas, a local boating advocate, appealed the project to the California Coastal Commission in June. Commissioners rejected Nahhas’ appeal, claiming the project did not raise substantial questions of concern.

Increased density and diminished view corridors were other concerns raised throughout the public process.

Planned amenities for the new Parcel 44: