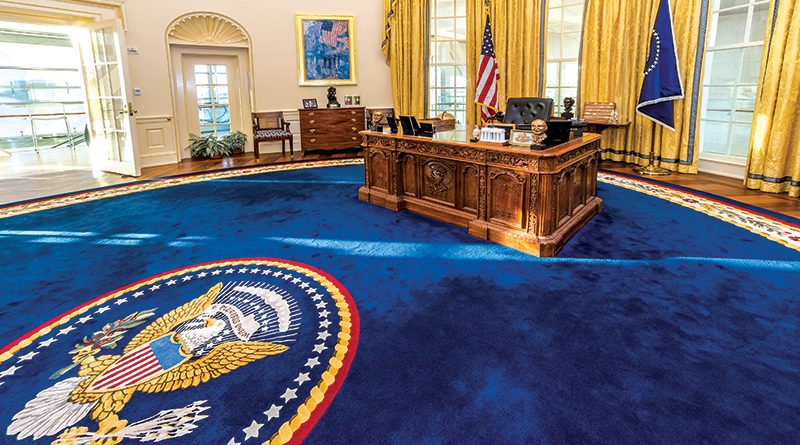 Legislation has been reintroduced in both chambers of Congress to reauthorize the Sport Fish Restoration, Recreational Boating Safety, and Wildlife Restoration Act of 2021, the new bill will reauthorize the SFRBTF through 2025 and provide important administrative improvements to improve the efficiency of the program. Shutterstock image.

A new infrastructure bill set on helping the economy has reauthorized the Sport Fish Restoration and Boating Trust Fund; a big win for sportfishing.

On Nov. 5, the U.S. House of Representatives passed the Infrastructure and Jobs Act. The $1 trillion infrastructure fund initially allotted $715 billion to the American Sportfishing Association’s top congressional priorities; the bill was amended and allots the act $550 billion in infrastructure funding that includes focus on conservation and sportfishing. These investments will establish new jobs, conserve the marine environment, and preserve sportfishing.

“After many months of intense negotiations, the sportfishing industry is pleased that Congress has advanced many of our top priorities as part of the Infrastructure Investment and Jobs Act,” said Mike Leonard, ASA vice president of Government Affairs in a Nov. 8 press release. “These investments in fisheries conservation and access reflect the growing recognition among policymakers that outdoor recreation in general, and recreational fishing specifically, is a major economic driver.”

The Infrastructure Investment and Jobs Act includes provisions that directly benefit the ASA’s membership, including the reauthorization of the Sport Fish Restoration and Boating Trust Fund. Partially funded by the federal excise tax on fishing equipment, the trust fund is the cornerstone of state-based aquatic resource conservation and benefits all U.S. states and territories. Those involved the reauthorization were U.S. Senators Maria Cantwell, and Roger Wicker, and Representatives Debbie Dingell, and Garret Graves.

The bill also authorizes $1 billion for the National Culvert Removal, Replacement, and Restoration Program, a program aimed at removing, replacing, or restoring culverts which will enable the recovery of salmon passages and habitats. The program will address the issues that culverts present such as blocking upstream migrations of anadromous fish such as salmon, steelhead, and sturgeon and is supported by Senators Cantwell and Wicker.

Other ASA-supported provisions in the Infrastructure Investment and Jobs Act include:

-The REPLANT Act which will help the U.S. Forest Service plant 1.2 billion trees on national forest lands and create nearly 49,000 jobs over the next decade.

-$11.3 billion for the Abandoned Mine Land Reclamation Program, which restores mine lands no longer in use that are potential sources of hazardous materials that can leak into lakes, rivers, and streams.

-$250 million for the Forest Service’s Legacy Road and Trail program, which funds activities to restore fish passage in streams at road and trail crossings.

The five-year spending package will be paid for by tapping into $210 billion in unspent COVID-19 relief aid and $53 billion from unemployment insurance aid. It can take months or years for major projects to begin, according to CNBC. A complete report of information regarding the bill can be found on the White House’s website.