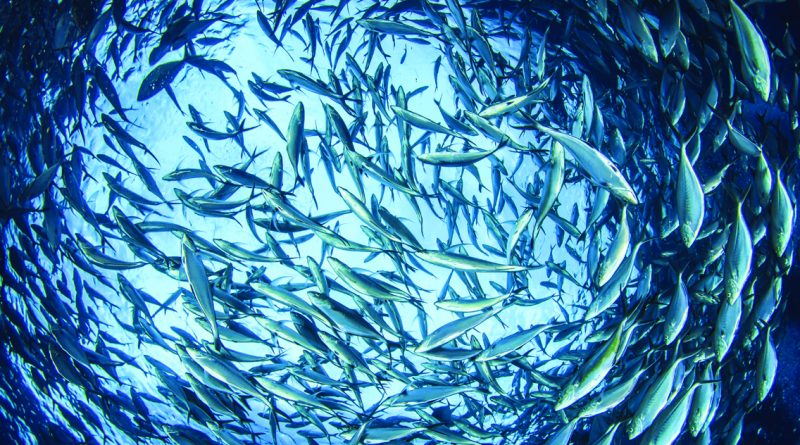 The bill would require, among other things, that the impacts on fish populations and the marine ecosystem be considered before allowing harvest on any currently unmanaged forage species, something already being done on the West Coast.

Blunt and Blumenthal said in a joint statement the legislation would lead to healthier wildlife communities and help communities that depend on commercial and recreational fishing.

A bill was also introduced in a previous legislative session, but did not pass.

“For years, the recreational fishing community has advocated for better conservation of our nation’s forage fish populations because a healthy forage base fuels healthy sportfish populations,” said Mike Leonard, vice president of government affairs for the American Sportfishing Association, in a released statement.

The American Sportfishing Association is one of several fishing and boating organizations that have thrown their support behind the bill, others include the Center for Sportfishing Policy, Coastal Conservation Association, National Manufacturers Association, and BoatUS.

“A significant number of the 12 million registered boats in the United States are used for recreational fishing,” said Chris Edmonston, vice president of government affairs for BoatU.S. in a released statement. “For many families, their fishing boat is their single biggest investment in outdoor recreation. Protecting the resource that keeps this family-friendly pastime viable is good policy.”

The Forage Fish Conservation Act would amend the Magnuson-Stevens Fishery Conservation and Management Act (MSA), the primary law governing fishing in the United States, to require the Secretary of Commerce to develop a definition of forage fish, as well as improve the conservation, monitoring, and management of these fish species, which include sardine, anchovy, smelts, squid, and krill. It would require that the impacts on fish populations and the marine ecosystem be considered before allowing harvest on any currently unmanaged forage species, something already being done on the West Coast, and that predator needs be accounted for in existing management plans for forage fish.

When the MSA was enacted in 1976 it established eight regional fishery councils to recommend fishery management measures in individual regions. The Pacific Fishery Management Council recommends fishery management measures in the Federal waters off Washington, Oregon, and California. While the MSA does not currently require regional councils include forage fish in their management plans, the PFMC said it has a long history of managing and protecting forage fish species.

“We have a lot of measures in place,” said Jennifer Gilden, staff officer for outreach, habitat & legislation for the Pacific Fishery Management Council.

The PFMC provided a letter in 2019 in response to a request for comment from Senator Maria Cantwell on the 2019 Forage Fish Conservation Act. The letter said the comments of the PFMC were not intended to provide support or opposition to the legislation but just discuss potential effects on their management responsibility.

The letter detailed some of the forage fish management practices the PFMC already has, including a Coastal Pelagic Species Fishery Management Plan that considers the impact of forage fish to the ecosystem and fishing communities and that is used to inform optimum yield and annual catch limit decisions for managed forage species. Gilden said to a certain extent they are accounting for predator needs, as would be required by the Forage Fish Conservation Act, but said fully accounting for predator needs would likely require more science funding and research, because they don’t currently have a good idea of how much predators are consuming.

Other measures the PFMC has adopted include a complete ban on commercial fishing for all species of krill and a prohibition on the development of new directed fisheries on unmanaged forage species until an adequate assessment of the fishery is conducted.

“I think forage fisheries off the West Coast would already be in compliance with this legislation but we’re going to have to remain vigilant as NMFS [National Marine Fisheries Service] adopts regulations to implement this legislation [should it pass] to ensure that fisheries that are dependent upon forage fish aren’t adversely effected,” said Mike Conroy, principal at West Coast Fisheries Consultants.