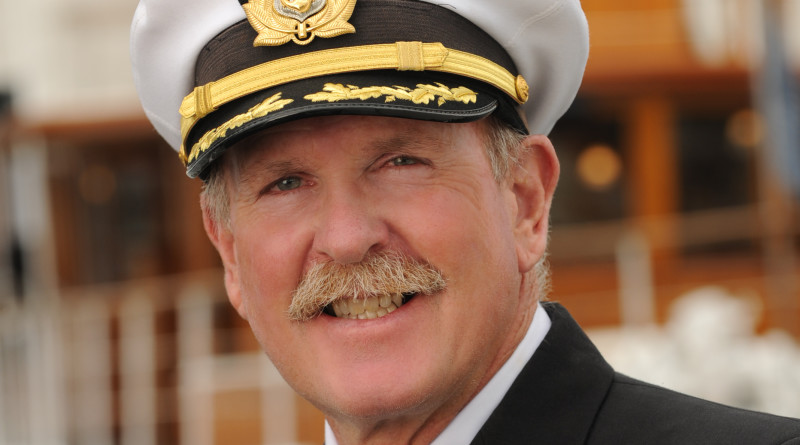 SAN DIEGO — Capt. Rich Goben, who worked with Hornblower Cruises San Diego and maintained an active presence with the Maritime Museum of San Diego, passed away in late January, according to sources and news reports. He was 62.

A statement issued by Hornblower Cruises stated Goben “helped shape the personality of the company for more than two decades” and regularly served as company’s public face when dealing with dignitaries or the press.

“It is with great sadness and a heavy heart that I report our beloved Capt. Rich Goben passed away recently, after a month-long battle with pneumonia,” Hornblower Cruises San Diego General Manager Jim Unger said in a statement. “Capt. Rich led a life of exemplary kindness, humility, fairness and love towards others. We are grateful for the positive impact and legacy Capt. Richard has left with us.”

Goben also spent time with Star of India in San Diego Bay, joining the classic vessel as a crewmember in 1984 and elevating to mate in 1996 and master in 1998.

The captain ramped up his life on the sea as early as his days attending University of California, San Diego, teaching sailing and earning a Coast Guard license as a college student. He also participated in the 1983 America’s Cup Challenge, navigating the B-Team of Dennis Conners’ “Freedom Campaign.”

Goben joined Hornblower as a port captain in 1990, when the company leased a 150-foot racing schooner; Goben helmed the schooner at the time. He also served the company as a facility and vessel security officer.

Other credentials held by Goben included: a Master’s license for power, steam and sail vessels of 500 and 1,600 tons; certification as Able Seaman; member of San Diego Harbor Safety Committee; and, CPR/AED and First Aid instructor for the American Red Cross. He had also operated passenger vessels since 1978.

Ray Ashley, one of Goben’s colleagues at the Maritime Museum, told The Log Goben loved music and took up Ham Radio as a hobby. Ashley added Goben always had the respect of anyone and everyone he interacted with and was very affectionate.

Goben is survived by his wife, Carolyn, mother, and two sisters.