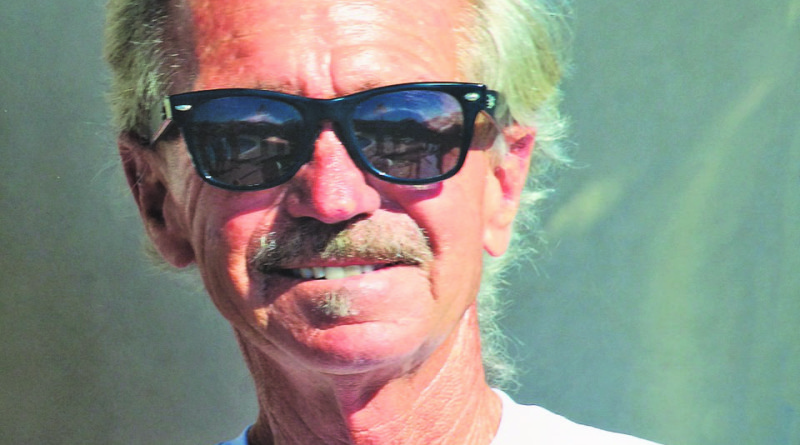 Kearns was one of those exceptional human beings who was peaceful, calm, kind and a loyal friend.  He served in every position at Point Loma YC including commodore.  His main goal was to ensure members enjoyed each and every visit to the club, including the traditional Sunday Barbecues.  He was truly the PLYC Ambassador, if not in name, certainly in spirit.

Born in Utah in 1948, Kearns landed in San Diego 27 years ago enjoying one of his passions: surfing. It didn’t take long before the sailing bug bit and he stuck around and found sailing suited his love of the outdoors even more than surfing.  He purchased a boat, which he continued to live on until his death, and once stated he never had a desire to wander far from the ocean. He was small and wiry and became a fearless bowman, once jibing in pitch darkness in the middle of the ocean during a race around the Coronado’s.  He was very active in local racing, Mexican racing and took a third place finish along with his crew during Key West Race week.  Most recently he served as Navigator on the photo boat determining the best spots to get the pictures he knew his friends would love.

Bob is survived by his daughter Kristi and a granddaughter McKena.  He adored both of them and spent time building relationships that each will remember forever.