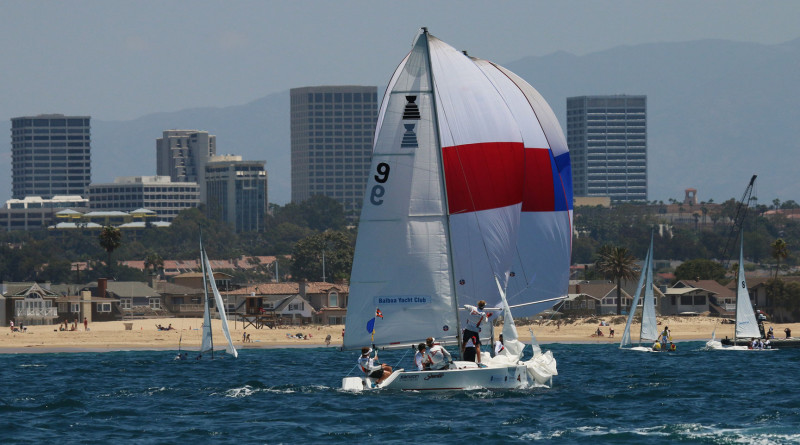 NEWPORT BEACH – Twelve teams from as near as Newport Beach and San Diego to as far as New Zealand, have been announced as contestants of the 49th annual International Junior Match Racing Championship to be held at Balboa Yacht Club from July 20-25.

Coming from Chicago Yacht Club will be Will Curtiss and his team. Three teams will come from Australia, including skippers Lachy Gilmour from Royal Freshwater Bay Yacht Club, Harrison Price from Cruising Yacht Club of Australia and Sarah Parker from Royal Prince Alfred Yacht Club. Annabel Vose will lead Royal Southern Yacht Club in England; Leonard Fry will lead the team from Royal New Zealand Yacht Squadron while Lucas Chatonnier will be the skipper for the team for Cercle Nautique Caledonian.

Balboa YC’s Governor’s Cup is the oldest junior match race event in the world and is known as the “Pathway for Champions” with many alumni going on to America’s Cup and other worldwide sailing success including the most recent Congressional Cup Champion, Taylor Canfield, who successfully defended his 2014 Congressional Cup win. He led his team from the U.S. Virgin Islands in both the 2007 and 2008 Governor’s Cups. Another Gov Cup Alum, James Spithill, won the America’s Cup in 2010 and 2013.

Racers compete in Gov. Cup 21s designed by Alan Andrews. New boats have been designed and will be built for the 50th Governor’s Cup in 2016 with Andrews providing the design for the Gov. Cup 22 which will accommodate a crew of four women, three men or a three or four person co-ed team. New ideas and new materials will result in a lighter boat with more sail area.