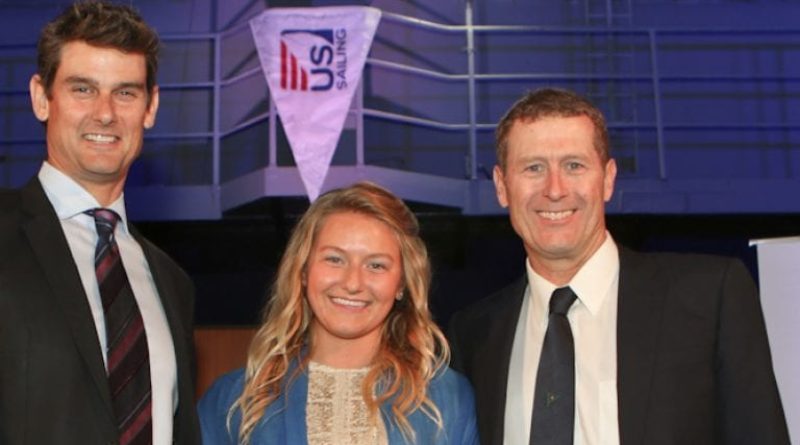 SAN DIEGO—Three sailors from the San Francisco Bay Area were named as the top racers for 2019, during US Sailing’s annual awards ceremony on Feb. 7. Mike Martin and Adam Lowry of Mill Valley shared the 2019 Yachtsman of the Year award, while Daniela Moroz, from Lafayette, was named 2019 Yachtswoman of the Year.

Martin and Lowry were awarded for their International 505 championship. It is Martin’s first-ever Yachtsman of the Year win – he had been shortlisted for the award six times prior to his win on Feb. 7.

The duo also won the 505 North American Championship and 505 Canadian Championship in August 2019, as well as the Columbia Gorge One-Design Regatta – 505 in Portland, Oregon in July 2019.

It was the International 505 Championship in Fremantle, Australia, however, that put Martin and Lowry on a path to the Rolex Yachtsman of the Year nomination (and eventual win).

“They defeated the large fleet of 89 teams with a dominating performance. Martin and Lowry clinched the regatta before the final day of racing and did not race in the final two races of the championship and still won by 14-points over Mike Holt and Carl Smit,” US Sailing staff said in a statement about the Rolex Yachtsman of the Year winners. “The win for Martin marked his fourth 505 World Championship, and for Lowry it was his second.”

“Moroz once again defended her Formula Kite World Championship with a resounding victory on Lake Garda in Italy, her fourth consecutive World Championship against a growing and increasingly talented women’s fleet of 30 competitors,” US Sailing staff said about the kiteboarder’s second Rolex Yachtswoman of the Year award. “Moroz continued her dominance by winning five of seven races and placing second in the two races she did not win. She won by three points over Russian challenger Elena Kalinina.”

World-renown sailor Gary Jobson served as emcee of the US Sailing awards program.