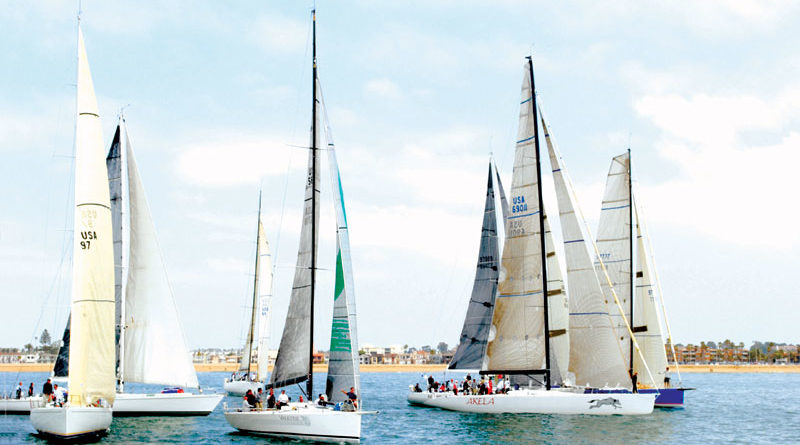 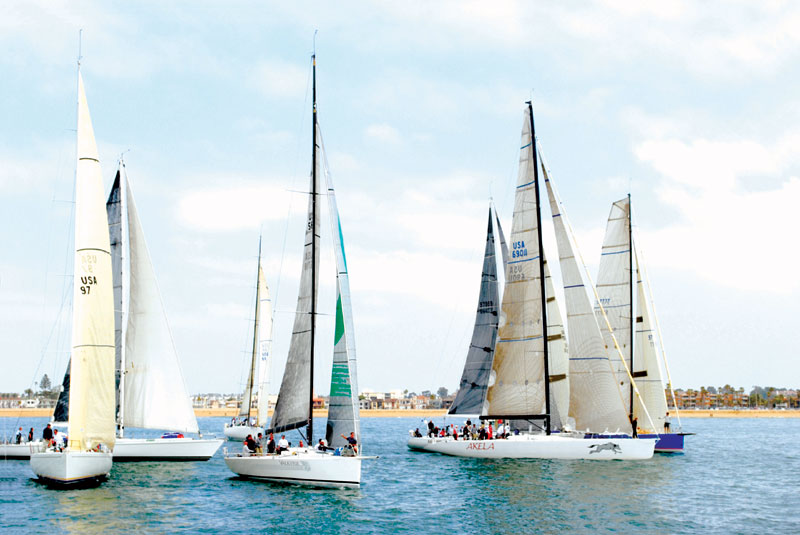 NEWPORT BEACH — The race that started out as an alternative and competitor to the Newport-to-Ensenada International Yacht Race has changed its course, moving its start date from April to March, giving sailors an opportunity to easily participate in both events.

“After running into a scheduling conflict with the yacht clubs  in San Diego for the original April 20 date, we discovered this March 10 date, which we found to be as inactive as possible in the sailing world,” Border Run race co-founder Randy Reynolds said.

The Border Run — raced from Balboa Pier around Los Coronados islands and ending in San Diego — was started in 2009 by catamaran builder Reynolds after his fast R33 design was barred from entry in the Newport-to-Ensenada Race International Yacht Race.

Instead of going home, Reynolds started his own race with his own sailing class (XS Racing) to be held on the same day as the Newport-to-Ensenada Race. The first year’s event was deemed a success, with 113 boats entering. And the Border Run grew to 182 entries in 2010.

Last April, Newport Ocean Sailing Association (NOSA) officials — who organize the Newport-to-Ensenada Race — spoke with Reynolds and Border Run co-founder Bob Long to discuss the future of both races, and they agreed to move the Border Run start date one week before the Ensenada Race. The change allowed the Border Run to grow to 233 entries for the 2011 race, making it the largest point-to-point race on the West Coast, Reynolds said.

For 2012, Reynolds thought separating the Border Run and the Ensenada Race by more than just a week could bring more sailors to race in both events, since there would be more downtime in between the events.

“We sent out a survey to racers, to vote between the April 20 and March date, and an overwhelming majority chose March 10,” Reynolds said. With the Ensenada Race returning to its usual last-weekend-in-April timeline, the new Border Run date puts six weeks between races.

“Now, Dennis Conner has no excuses; he can race both races,” Reynolds said.

The new dates put the Border Run near the beginning of the sail racing season, and it will likely be the first major ocean race of the season for many recreational sailors.

“The nice thing about the new date is now we can really co-market both races,” Reynolds said. “We want to promote the Ensenada Race and, hopefully, they’ll do the same for us. The whole idea is to promote sailing.

“Hopefully, all of the bad stuff is behind us, and we can get more sailors out on the water,” Reynolds added.             The Border Run offers racers three course options: The long course covers 91 miles from Balboa Pier around Coronado del Norte Island, then up to the finish line just outside San Diego Bay; the short course is a 70-mile direct route from Newport Beach to San Diego; and the sprint course is a 14-mile run from Newport Beach to Dana Point that allows dinghies, sailboards, kiteboards, kayaks and even paddleboards to compete.

In addition to the date change, the Border Run also has changed the charity aspect of the race, adding City2Sea (C2S) to the list of charities racers can raise money to support. C2S promotes the preservation of the world’s oceans, along with promoting the sport of sailing to youths. Last year, more than $50,000 was raised by Border Run race crews for the Leukemia and Lymphoma Society, which will again be supported by Border Race entrants in 2012.

For race entry forms or for more information, visit theborderrun.org.