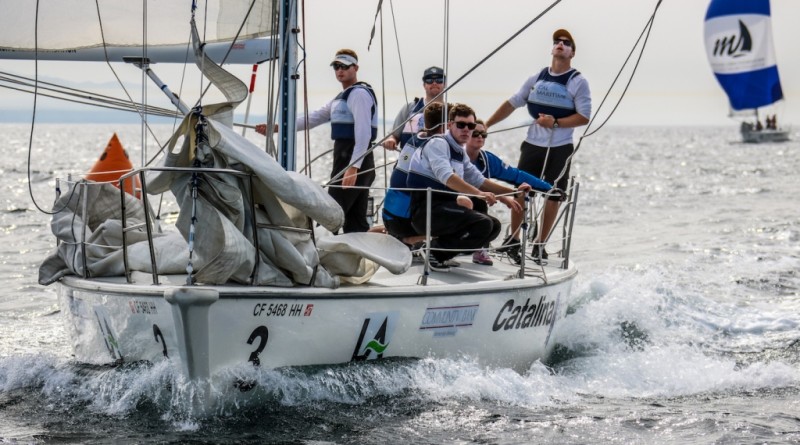 The Keelhaulers unseated College of Charleston as defending champions, comfortably defeating the Bulls by a 3-point margin after two days of challenging racing in the waters off Point Fermin.

No races started on the final day due to fog.

The invitational regatta annually pits ten of the top sailing teams from across the United States and – for the first time this year – Europe.

Conditions during regatta were alternately breezy, light winds, with the fleet playing cat-and-mouse with the fog, before being closed out on the final day.

The regatta is organized and run by the Los Angeles YC, who provide accommodations, meals, hosting and events for the visiting teams.