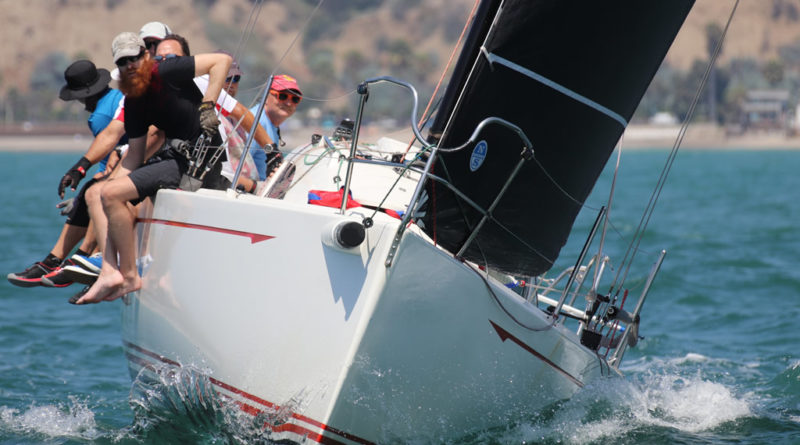 Dana Point Harbor Youth Foundation is the beneficiary of the multiple fundraising events.

The 19th annual RHD Charity Regatta is more than a month-long event. Two more events are still scheduled in September, so there is still time to reach the established goal.

A Marines Appreciation Twilight Fishing event takes place on Sept. 14. Appreciation is shown to U.S. Marines by treating them to a relaxing evening of fishing, pizza and beer. A $100 donation will pay for a marine to enjoy food, drinks and fishing as well as contribute to the funds benefitting DPHYF.

Models will walk the runway in a fashion show on Sept. 23. The theme is “Sass on the Beach” and will feature apparel from various boutiques. The fashion show takes place at Dana Point YC and is open to the public. Cost to attend the show is $45 per person or $40 per person with a group of four or more people.

Donations to sponsor a marine and to purchase tickets to the fashion show can be done online at bit.ly/2iDgxg3.

The RHD Charity Regatta started with a gratitude party for the regatta sponsors. Sponsors were treated to a dinner and wine reception on Aug. 18. The opening reception had 150 guests in attendance.

The boats took to the water and raced in Dana Point Harbor on Aug. 19 and 20.

“There were 27 boats in four classes racing in the regatta this year (down from 40) including some from other harbors,” Dana Point YC Regatta Co-Chair John Berry informed The Log. “Saturday’s races were windward-leeward and Sunday’s were random leg.

“The overall winner of the regatta was Ruckus, skippered by Brian Werner of [Dana Point] YC,” Berry added.

The Mount Gay Post Race Party and Auction followed the races on Aug. 19 with more than 350 people in attendance. Trophies were presented to the top racers after the final race on Aug. 20.

A Junior Regatta was held on Aug. 27. This regatta was more about getting young people out to sail, according to Berry.

“The mission is to support the education and training of youth sailors at all levels, from beginners to international competition hopefuls, including those who would otherwise not have access to such programs,” Berry said.