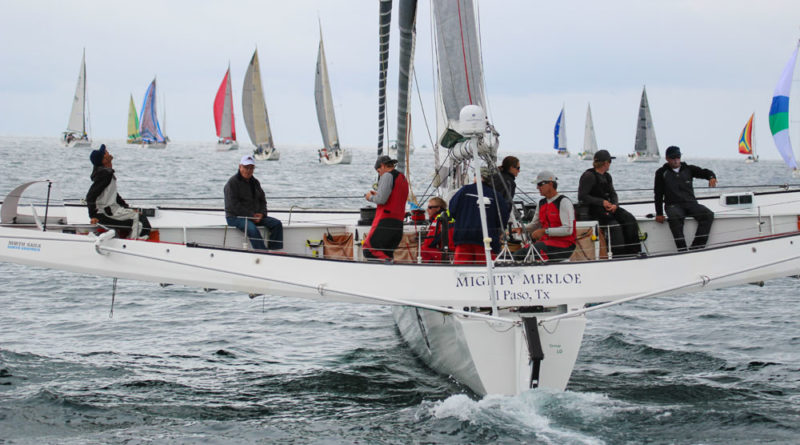 NEWPORT BEACH — Rough weather and big waves made their appearance during the 68th annual Newport to Ensenada (N2E) Yacht Race, April 24, resulting in more than 19 boats dropping out.

However, the weather did not defer John Shulze and his crew aboard, Horizon, from taking home four trophies. Schulze, who owns the Santa Cruz 50, represented Balboa Yacht Club in the 125-nautical mile race.

According to a press release, when Shulze purchased Horizon last year, it came with a crew and a winning record, most notably trophies for winning the PHRF-A class the previous two years. With the win, Horizon has logged a rare N2E three-peat.

Horizon’s tactician advised the team to take the outside course, which ultimately helped lead to a win.

“The team is phenomenal,” said Shulze who has participated in the race eight times. “They know how to get the best out of the boat. I’m honored to be the new owner, but it’s the crew that makes it happen.”

Mighty Merloe made headlines as the first boat to cross the finish line, claiming four trophies: the Alice Purcell Trophy for Best Elapsed Time, Orca Class, the Stein-Cross Trophy for the Best Corrected Trimaran and the NOSA Trophy for the best elapsed time of all boats and won best corrected time in the ORCA class, the President of NOSA Trophy. The boat is owned by H.L. Enloe

Although he did not win anything this year, John Sangmeister’s Pieology, a NACRA F20 full-foiling catamaran, was the first entry into N2E’s new Unlimited Class.

Final results can be found at newporttoensenada.com/results/.