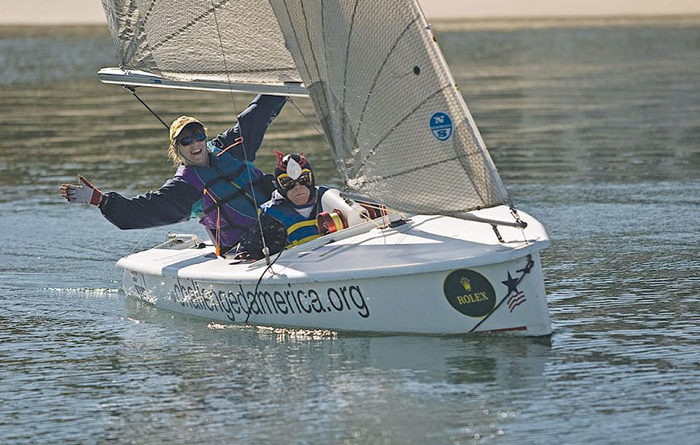 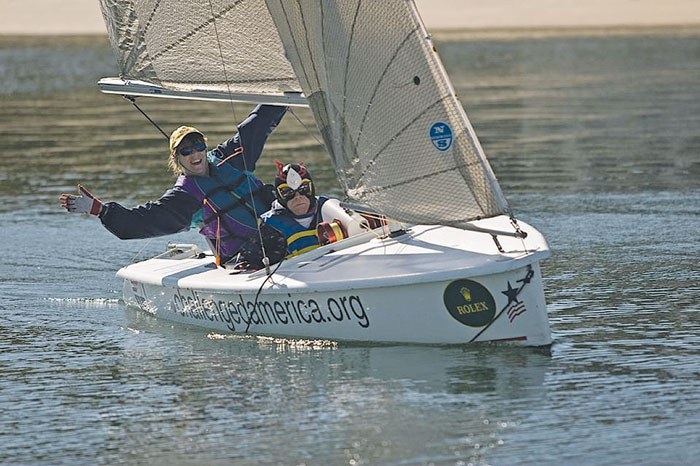 The annual event was hosted by Southwestern Yacht Club, with races taking place in North San Diego Bay throughout the weekend.

In its first year on San Diego Bay, the event was open to any sailor with a physical disability, and past event participants have included quadriplegics, paraplegics and amputees, as well as individuals with multiple sclerosis, cerebral palsy, polio and ALS.

Levinson, who recently completed a 22-day sailing expedition through the Channel Islands in preparation for the regatta, has been diagnosed with FSH Muscular Dystrophy — an incurable, untreatable disease that eats away at his muscles.

“It feels incredible to be able to compete successfully against athletes of this caliber,” Levinson said. “Having the regatta here in San Diego made it an especially meaningful victory for me. I’m grateful to US Sailing, Southwestern Yacht Club and the Challenged Athletes Foundation for their support, and for ensuring that sailing is open to everyone, regardless of their physical ability.”

“We stayed focused and positive throughout — and when we needed to snap back in line, we did,” Fisher said. “I’m happy to be here, and I’m happy that I can still drive a sailboat. Sailing is such a cerebral sport. I love how it is so intellectual.”

Rosenfield came up big in Race 7 — the final race of the championship — by posting a bullet to seal the win. Hill finished third in Race 7.

Rosenfield was third in Race 6 and Hill was second. The win gives Rosenfield three US Disabled Singlehanded Championships, as he previously won in 2011 and 2009.

In the Martin 16 double-handed fleet, Michael Strahle of Redding and Donna DeMarest of Waterbury, Conn. took home the Chandler Hovey Trophy by a point over the hard-charging team of Bob E. Jones and Ken Kelly.

There were also three developmental fleets that raced over the weekend, including the Martin 16 (doublehanded), Access Liberty (singlehanded) and Access 303 (doublehanded).

The developmental fleets ran in tandem with the championship fleets, and were included to provide returning or new sailors an opportunity to race and work on tactical skills and boat handling.

The U.S. Disabled Sailing Championship has been hosted by different sailing organizations around the country, to expand awareness of disabled sailing and encourage disabled individuals to take up the sport.