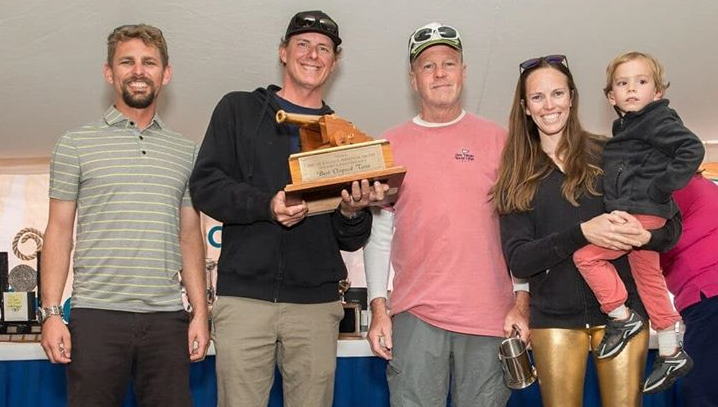 This year’s Newport-to-Ensenada Race ran from April 27-29, kicking off at Newport Beach and navigating south to Ensenada, Mexico.

Also celebrating at this year’s Newport-to-Ensenada awards ceremony was the crew aboard Ohana, which won the Best Corrected time for all PHRF classes.

An April 30 post on the Newport-to-Ensenada’s Facebook page enthusiastically recognized Ohana’s win: “CONGRATS OHANA!!!! To take home the prestigious PRESIDENT OF THE USA TROPHY, Joe Markee’s Sweed 55 Ohana stormed down to Ensenada with a corrected time of 15:54:48 to take top honors amongst all monohulls in the fleet.”

Racing kicked off from Newport Beach’s Balboa Pier on April 27, with three finish lines this year – the closest being in Dana Point, followed by San Diego’s Point Loma and then Ensenada in Mexico.

Those sailing the Newport-to-Dana Point Race would complete the competition on April 27; competitors racing to San Diego had to cross the finish line by April 28.