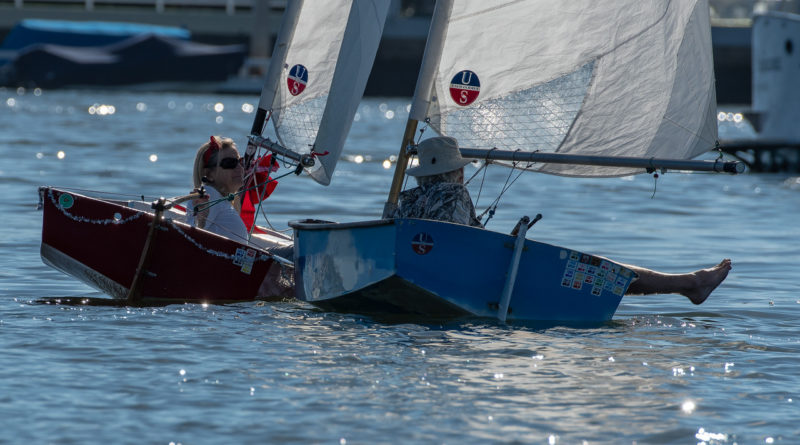 There will be two classes competing in Portsmouth Folly: A and B. Class A will be for Portsmouth Keelboats and Harbor 20s. Those with Portsmouth Centerboard boats will be in Class B. Both classes will award the top “family boat.”

Registration must be completed before noon on Dec. 14; a Skipper’s Meeting will be held at Balboa YC’s flag deck, starting at 12:30 p.m. A warning signal for the first race will be at 1 p.m.

Balboa YC’s Race Tower will serve as the starting and finishing area for the race. All courses would be inside of Newport Beach Harbor.

U.S. Sailing’s Portsmouth Yardstick will be used as the regatta’s scoring system.

“A boat’s series score will be the tootle of her race scores,” the regatta’s Notice of Race stated. “No score shall be excluded.”

Several awards will be handed out after the race. Class awards and a special award for top family boat would be the prizes handed out for Keelboats and Centerboard classes. Special prizes would also be awarded to the youngest sailor and most festive crew.

The number of prizes awarded will be contingent upon how many entries exist in each class.

There is one rule change associated with this regatta: the 720-degree turn is replaced by a 360-degree turn (Rule 44.2).

The entry fee is $10. Visit www.balboayachtclub.com for registration; all registration must be completed online.