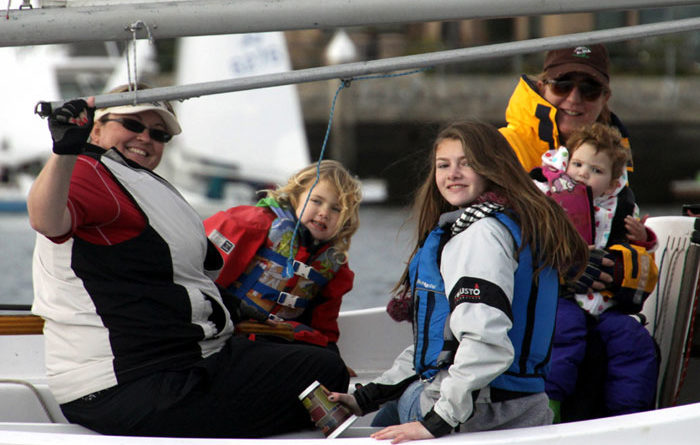 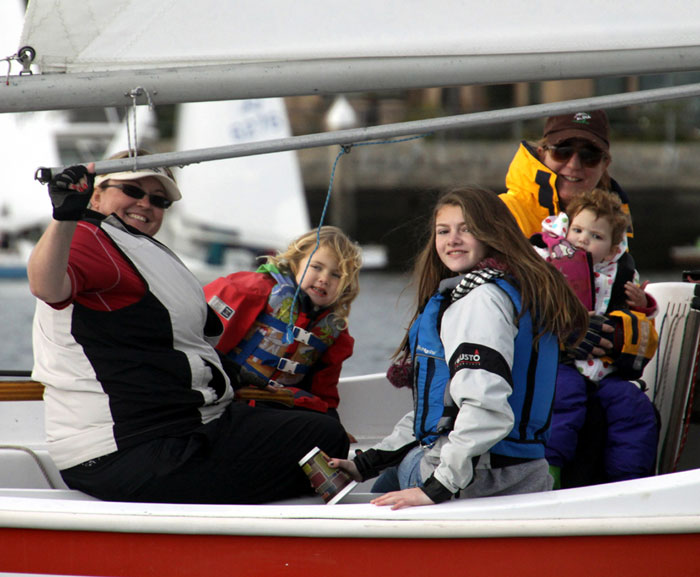 LONG BEACH — While other sailors looked into the rainy skies and hugged their chests to ward off chilly temps in the upper 40s on the morning of Dec. 29, Chris Raab was asked if he still planned to sail in Alamitos Bay Yacht Club’s 13th annual Boxing Day Race, starting a couple of hours later.

With a look of “are you kidding me?” he responded, “I love sailing. I want to get in as much of it as I can until I can’t do it anymore.”

No doubt about it. At age 54, he is still building on national and international success on his resume aboard a variety of boats — even in events such as this one, which is meant more for fun than glory.

As it was, Raab and his crew, Kenny Dair, almost pulled off their third consecutive win in the pursuit-type event on Alamitos Bay before another veteran, Stu Robertson with crew Adam Elsharhawy, overtook them in their Lido 14 in the final drift to the finish line.

Although it was Robertson’s first victory in the event, he has made winning a habit in Lido 14s over a couple of decades. However, this time, he had to overcome a rival’s prank at the start after crossing well ahead of the other Lidos.

“I heard someone yell, ‘Over early,’” Robertson said, so he circled back to restart behind the others.

As he crossed the line again he realized that the call had not come from principal race officer Mark Townsend, but from another Lido 14. Then, he and Elsharhawy started to dig their way back in the light northeasterly breeze.

It’s a pursuit race with an inverted start schedule, meaning that the faster you rate, the farther back in the pack you start. Hopkins Sabots led off at 1 p.m., followed by the largest boats nearly an hour later. The finish was signaled at 3 p.m., and Hopkins led until near the end before Raab caught him — and then, Robertson caught Raab.

For a low-key event, it was a thriller.

When the two-hour time limit arrived, the finishing places were determined by boats’ positions at the next mark. Raab’s problem was arriving at the next mark a couple of minutes too soon, with Robertson gaining steadily.

Raab couldn’t afford to kill time by slowing down before the mark or Robertson would have overtaken him. So, he had to round it normally and hope for the best.

Robertson passed Raab about halfway down the last leg toward Alamitos Bay YC, and he finished about four lengths in front.

Robertson praised Elsharhawy, his regular crew, whom he listed as skipper on his entry form.

“He deserves it,” Robertson said. “His work was outstanding.”

Hopkins finished third, ahead of Deke Klatt’s spinnakered Pyramid 660 from Ventura and Patty Nash’s Cal 20 with Vann Wilson as crew. It was Nash’s first race as skipper on the boat.