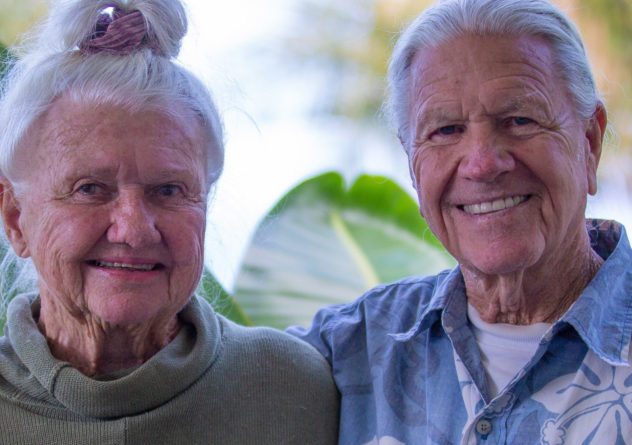 Robert Haines, Jr., Diane Schweitzer and Henry Hoyle Schweitzer will be inducted during a virtual ceremony on Sept. 12.

NEWPORT, Rhode Island—Nine sailors, including three with roots in California, were announced as inductees of the National Sailing Hall of Fame. The 2020 Hall of Fame class marks the 10th anniversary of inductees.

Buttersworth, Cunningham and Douglass will all be inducted posthumously. Cunningham is being inducted as the 2020 Lifetime Achievement Award winner.

The Schweitzers are being inducted for their efforts to make windsurfing “a worldwide pastime,” according the National Sailing Hall of Fame staff.

Haines, meanwhile, is being recognized for his successes as an Olympic gold-medalist and world champion.

The National Sailing Hall of Fame also recognized Buttersworth for his work as a maritime painter. The English painter, who lived from 1817 to 1894, specialized in American ship portraits.

Douglass influenced the sailing world as the designer of the Thistle, Highlander and Flying Scot one-design boats.

The posthumous induction of Cunningham as the 2020 Lifetime Achievement Award winner is recognition for his career as a yachtsman and benefactor of sailing endeavors. The National Sailing Hall of Fame staff also noted Cunningham’s career as a champion car racer.

This year’s inductees will join the 81 members already enshrined at the National Sailing Hall of Fame, which will be headquartered at a new home in Newport, Rhode Island by the spring of 2022.

The 2020 class will be inducted via a virtual ceremony on Sept. 12; a traditional in-person ceremony was taken off calendar this year due to the Covid-19 pandemic.

Next year’s Hall of Fame induction ceremony is expected to be held in-person and will recognize the inductees of the 2020 and 2021 classes.

Inductees are nominated by sailors from across the United States; they must be U.S. citizens, at least 55 years of age and have made a “significant impact on the growth and development of the sport in the U.S. at a national or international level.”

The National Sailing Hall of Fame was founded in 2004 in Annapolis, Maryland. The Hall of Fame will be moving into the Armory Building in Newport, Rhode Island. The building was once the press center for the America’s Cup.