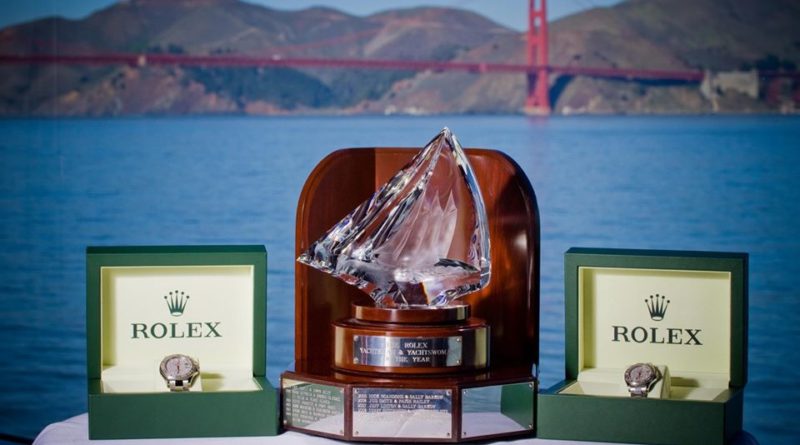 Annual award, considered the pinnacle of sailing, will be granted to winners on Feb. 6, 2020 in San Diego.

BRISTOL, Rhode Island—The nomination period for U.S. Sailing’s Rolex Yachtsman and Yachtswoman of the Year awards is officially open; U.S. Sailing officials will be accepting nominations for its top-flight award through Dec. 20. The award is considered the sailing equivalent of a Cy Young or Most Valuable Player award.

Sailing fans are asked to nominate male and female sailors who turned in the best on-the-water performances of 2019. Nominations are open to the public and can be submitted online at rolex.ussailing.org.

The winner of each award will be announced at the U.S. Sailing Award Ceremony, held as part of the Sailing Leadership Forum in San Diego on Feb. 6, 2020. The male and female winner would be awarded the Rolex Yachtsman or Yachtswoman of the Year award and an engraved Rolex timepiece.

Award recipients must be a male or female U.S. sailor who “demonstrated on-the-water excellence in the calendar year,” eligible to represent the United States under World Sailing regulations, won a major international or national event and consistently performed in “multiple events against elite competition.”

There are no age restrictions for recipients. The award does not recognize lifetime achievement or philanthropic contributions to the sport.