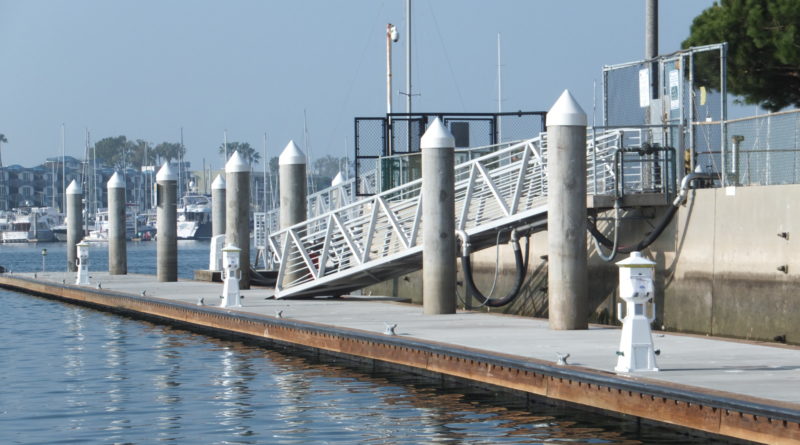 SACRAMENTO—The deadline to apply for the federal Boating Infrastructure Grant, or BIG, program is around the corner. Private and public marina operators have until July 31 to submit their applications for a portion of $14 million made available for boating infrastructure projects worldwide.

This cycle of BIG funding will be awarded for 2020 and is funded by the U.S. Fish and Wildlife Service’s Wildlife and Sport Fish Restoration Program.

“BIG is a competitive program open to both publicly and privately owned marinas to renovate or construct visitor docks, restrooms, gangways and dockside utility hook-ups for recreational boats 26 feet or greater in length,” Division of Boating and Waterways (DBW) staff said in a released statement about the application period.

Grant recipients are able to realize several projects, should they receive funding. Marina operators can use the funding to enhance public access to recreational resources, strengthen community ties to the local waterfront, promote public/private partnerships and, according to DBW staff, “promote awareness of transient boating opportunities.”

All potential applicants are asked to review federal guidelines and application instructions before submitting a request for funds. There are two tiers of eligibility: Tier I and Tier II.

Grant applications are, according to DBW staff, ranked and scored “according to need, access and cost efficiency as well as available matching funds from partners and innovations that improve user access to the waterways.”

DBW acts as a pass-through for these grants, as the funding is not sourced from the state level.

“DBW, as the pass-through entity for the grant application process, … sends eligible projects to the [U.S. Fish and Wildlife Service] to compete against others from all other states. Following a USFWS grant award, DBW manages the project through completion to ensure it meets federal requirements,” DBW staff said in a released statement.

West Sacramento was awarded a grant for $1.5 million to build a 372-foot dock and 80-foot gangway.

“This improvement will provide shore access and side-tie dock space for up to six transient recreational vessels 26-feet or more in length,” DBW staff stated.

The city of Avalon, meanwhile, was awarded $197,000 to upgrade an aging waste pompous and water fill-up station for recreational transient boaters visiting the city’s harbor. An estimated 20,000 boaters use this station annually, according to DBW staff.

Eligible marina operators should reach out to Deborah Holmes at DBW for more information; she can be reached at 916-327-1822 or deborah.holmes@parks.ca.gov.