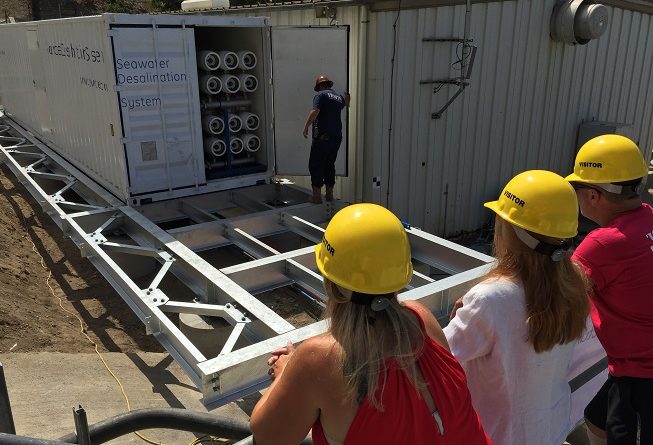 Proposal would have required state to produce 163 billion gallons of desalinated water by 2030.

SACRAMENTO — A legislative effort to mandate desalination has hit a brick wall as Assembly Bill 554 (AB 554) failed to come up for a vote in California’s lower house.

All bills on this session’s legislative docket were required to be voted on in its house of origin by June 2. AB 554 was not among the bills voted on before the deadline, meaning the bill is dead.

Assembly member Jordan Cunningham, R-Templeton, introduced AB 554 earlier this year in hopes of requiring more than 160 million gallons of desalinated water be produced within California by 2030. Such a mandate, according to Cunningham’s proposal, would help the state limit the impact of future drought events.

“According to the author, desalination offers a drought-proof water supply that can be utilized almost anywhere in the state,” a legislative analysis of AB 554 stated. “The author further contends … as our state continues to work through the historic drought we should pursue increases in water recycling, storage, as well as desalination projects.”

Cunningham’s bill aimed to ensure California would have an ample supply of drinking water despite statewide drought conditions. Earlier this year he stated California should pursue desalination opportunities to establish water independence.

The bill, however, failed to identify specific sources for desalinated water.

“Desalination refers to a wide range of processes that remove salts from water. Desalination can be performed on ocean water, freshwater and brackish water,” the legislative analysis of AB 554 stated. “This bill would establish a desalination goal for drinking water, but does not identify the source of water to be desalinated.”

AB 554’s legislative analysis stated the best source of water for desalination plants is brackish groundwater. Brackish water, according to legislative staff in Sacramento, has lower salinity than saltwater and does not cost as much to treat.

Desalination is one of the goals of California’s Water Action Plan. The plan states water management and security should be achieved by a variety of measures, such as conservation, stormwater capture, water recycling and desalination.

Water agencies across the state were also given an executive directive to prioritize projects aiming to increase local water supplies.

AB 554 did gain some traction in the Assembly, what with the lower house’s Water, Parks and Wildlife committee supporting the bill by a 9-2 vote in March. The bill was then held on the suspense file before fizzling out of contention in late May.

In a separate vote the State Assembly approved Cunningham’s proposal to study the feasibility of converting a power plant on California’s Central Coast to a desalination facility.

Cunningham’s proposals were not the only attempts to ramp up desalination production in California. Poseidon Water recently brought a desalination plant online on San Diego County’s central coast and is looking to build a second facility in Huntington Beach.