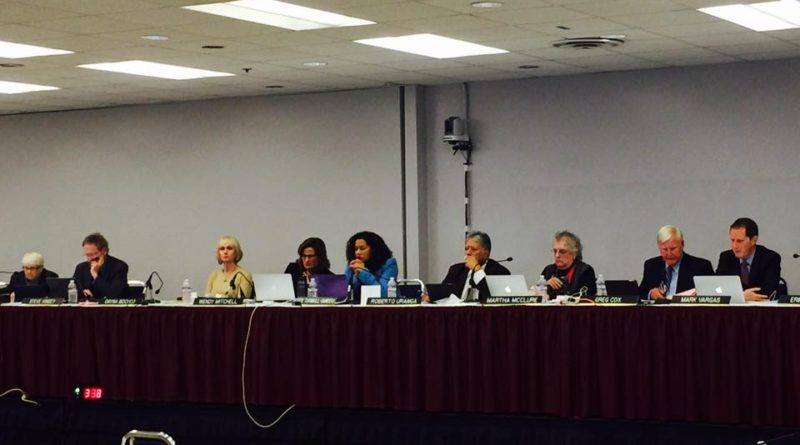 SACRAMENTO — Legislators have reached a fork in the road with a pair of bills intending to regulate the California Coastal Commission’s practice of engaging in ex parte communications. One of the two bills has advanced for further consideration, while the other won’t be going anywhere this legislative session.

California’s lower legislative house unanimously approved Assembly Bill 684 (AB 684) on May 31. The bill seeks to require any written reports of ex parte communications submitted to the Coastal Commission to be published on the agency’s website and formally entered into the public record.

Another proposal to create a public database of private meetings between commissioners and interested third parties, however, has been virtually inactive since it was introduced.

Assembly Bill 1642 (AB 1642) was referred to the Assembly Committee on Natural Resources in mid March. The bill, however, has not been up for a single vote or discussion since then – meaning the proposal is dead for this legislative session and AB 684 is the only opportunity legislators will have to regulate the commission’s practice of ex parte communications this year.

AB 648, introduced by Assembly member Mark Stone, D-Santa Cruz, in February, would not ban ex parte communications, according to a legislative analysis.

Members of the public, however, have a difficult time in accessing ex parte communication reports, according to Stone.

“Ex parte communications are currently required to be filed in meeting reports, which are made available to the public online and at the meetings, but the information is not available in a form that the public can readily search,” Stone said in a statement published on his website.

Ex parte communication regulation were strengthened in 2014, when a bill introduced by Stone improved reporting requirements.

Jackson’s bill, however, indicated a majority of commissioners at the time were in favor of eliminating the practice of ex parte communications.

“The Commission voted 6-5 last year to support banning ex parte communications, and in a support letter for SB 1190 (Jackson) of 2016 they state, ‘Commissioners have expressed concerns that the practice lacks transparency, undermines due process, and erodes public trust in the Commission,’” the Assembly’s legislative analysis of AB 684 stated. “‘Some have stated that they would prefer not to conduct ex partes, but feel pressured to do so because the practice is so widespread. The general conclusion is that the current process leads to an ‘uneven’ level of information available to the public.’”

Uranga previously told The Log he believes ex parte communications are actually a valuable asset to the commission’s deliberations. He specifically stated the ex parte process provides all interested parties with an opportunity “to state their case.”

AB 684, if it were to become law, would not be without financial repercussions. The legislative analysis of AB 684 stated the creation of an ex parte communication database would cost $500,000 to $600,000 (from the General Fund), plus ongoing administrative costs of about $50,000.