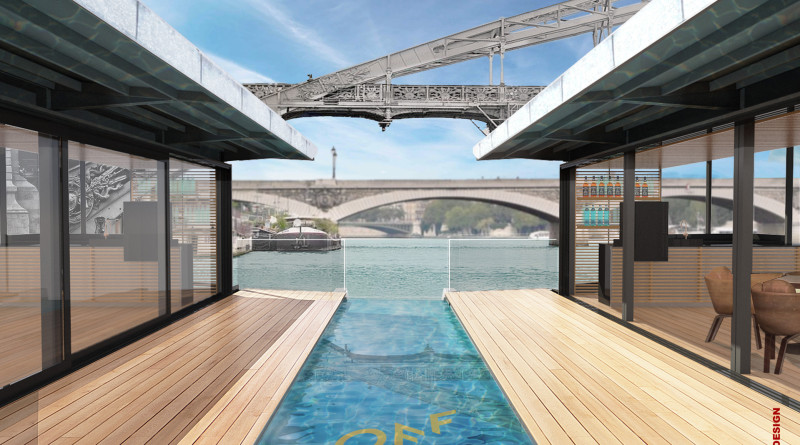 Tourists who would like to experience Paris both on and off the water will soon be able to do so with the scheduled opening of a floating hotel in 2016.

The OFF Paris Seine will feature 54 guest rooms, a restaurant, swimming pool and an outdoor terrace. A marina for small boats is also part of the hotel’s plans.

Presented in response to a call for projects by the Ports of Paris, the project is a collaboration between Citysurfing’s CEO Christophe Gallineau and architect Gérard Ronzatti.

According to a press release, the floating hotel “aims at bringing life to new urban spaces, long abandoned by the city and its inhabitants.”

The OFF Paris Seine resembles a catamaran, but the structure will be built on two separate floating facilities that will be securely connected together.

“An accordion pleats’ system permits to keep a feeling of discreet rolling in order to really give an experience of living on water,” according to Seine Design.

The first floor rooms will be built just above the water surface.

OFF Paris Seine will be located at the Charles de Gaulle Bridge. A night’s stay will run between $180 to $500 a night.